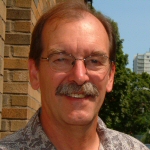 William L. Lang, Ph.D., is Professor Emeritus of History at Portland State University, where he taught Environmental, Public, and Pacific Northwest History. His research into African American history in Montana came as a result of his dissertation at University of Delaware—“Black Bootstraps: Abolitionist Educators’ Ideology and the Education of the Northern Free Negro, 1828-1860,” at Carroll College in Helena (1971-1978) and as editors of Montana, The Magazine of Western History (1978-1989) at the Montana Historical Society. Lang wrote “The Nearly Forgotten Blacks on Last Chance Gulch, 1900-1912,” Pacific Northwest Quarterly 70 (April 1979): 50-57 and “Tempest on Clore Street: Race and Politics in Helena, Montana, 1906,” Scratchgravel Hills 3 (1981). He is also author of Confederacy of Ambition: William Winlock Miller and the Making of Washington Territory (1996), Two Centuries of Lewis and Clark (2004), Two Centuries of Lewis & Clark: Reflections on the Voyage of Discovery (2004), Explorers of the Maritime Pacific Northwest (2016), and editor of Centennial West (1991), Stories From an Open Country (1995), and Great River of the West (1999).

The Colored Citizen published weekly in Helena, Montana, for a little over two months during the electoral campaign season, September to November 1894. The paper proclaimed its purpose to become “the mouthpiece . . . to educate the public to a full appreciation of our [African Americans in … END_OF_DOCUMENT_TOKEN_TO_BE_REPLACED

On  March 16, 1906, Joseph B. Bass printed the first issue of The Montana Plaindealer in Helena, Montana, a community that included more than 400 African Americans, or about 3% of the city’s population. Bass came to Helena a veteran newspaperman, having worked on the Topeka Plaindealer in Kansas … END_OF_DOCUMENT_TOKEN_TO_BE_REPLACED

Born in Jefferson City, Missouri, in 1863, Joseph Blackburn Bass made his mark in the newspaper business in Kansas, Montana, and California. After teaching school during the 1890s, Bass took over ownership of the Topeka Call in 1896, where he had worked for two years … END_OF_DOCUMENT_TOKEN_TO_BE_REPLACED