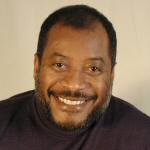 Donald King was born in Port Huron, Michigan in 1949, the youngest of six children of Ernestine Knox-King. He began working in architecture at the age of seventeen and worked his way, in various firms, through undergraduate and graduate studies with the help of an AIA/Ford Foundation Scholarship. He received his Master of Architecture degree from the University of California at Los Angeles and has a Bachelor of Fine Arts degree, with a concentration in Interior Architecture, from Wayne State University in Detroit.

Donald King is President and CEO of Donald King Architects, a 28 member firm in Seattle. He has nearly 40 years of professional experience in the planning and design of human service facilities and affordable housing and has led DKA in the planning and design of over 350 successful projects. He has been a member of the American Institute of Architects (AIA) since 1979 and was elevated to the AIA College of Fellows in 2000. He is one of approximately 2,200 members of the prestigious College of Fellows and one of approximately 50 African American Fellows. His writings on planning, design and architectural practice have been published in numerous books and periodicals.

Benjamin F. McAdoo was born in Pasadena, California in 1920. He established the first African American-owned architecture firm in Seattle and was the first black man to practice architecture in Washington State. He was a local community leader and advocate for the advancement of low-income … END_OF_DOCUMENT_TOKEN_TO_BE_REPLACED

Mel Streeter was born in Riverside, California in 1931. He attended the University of Oregon on a basketball scholarship and was the second African-American basketball player at Oregon after declining an offer by legendary basketball coach John Wooden to attend UCLA, because UCLA did not … END_OF_DOCUMENT_TOKEN_TO_BE_REPLACED

Leon Bridges is recorded as the founder of the second African American-owned firm in Seattle. He was born on August 18, 1932 in Los Angeles, California. In high school he was told by a counselor that he couldn’t become an architect because he was black, … END_OF_DOCUMENT_TOKEN_TO_BE_REPLACED

John T. King was born in Girard (now Phenix City), Alabama in 1846. He was the son of covered bridge designer and builder Horace King.  John King carried on the family business by designing and building bridges, houses, and commercial buildings in Georgia and Alabama.  … END_OF_DOCUMENT_TOKEN_TO_BE_REPLACED