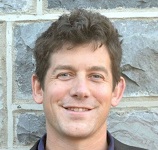 During World War II, thirty African-American correspondents risked their lives reporting news home from the front-lines of the war. Covering the war took two forms. First, they were reporters of the combat between the Allies and the Axis. Concurrently, they reported on the treatment of … END_OF_DOCUMENT_TOKEN_TO_BE_REPLACED