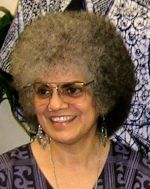 Tiamoyo Karenga is the coordinator and a lecturer at the Kawaida Institute of Pan-African Studies, Los Angeles, and a member of the Board of Directors of the African American Cultural Center (Us). She has worked in the Black Freedom Movement and in various capacities in the organization Us since the 60’s, serving as: chair of the Legal and Third World Issues Committees, and teacher in the Kawaida School of African American Culture. She is also a Seba (moral teacher) in the ancient Egyptian tradition of Kawaida Maat. Administrative assistant and wife of Dr. Maulana Karenga, creator of Kwanzaa, she has worked with him on national projects such as the National Black Power Conferences, the National Black United Front, and the Million Man March/Day of Absence and on various international pan-African projects.

Deeply concerned with women issues, she is also a member of the Senut Society (Us), the International Black Women’s Congress and the National Council of Negro Women. She holds a M.A. in Interdisciplinary Studies with an emphasis in Ancient African Archaeology and Black Studies from California State University-Long Beach. She is currently co-authoring with Dr. Karenga a book on the moral texts and moral status of ancient Egyptian women.

Maulana Karenga was born Ronald McKinley Everett on July 14, 1941 in Parsonsburg, Maryland. He moved to California in 1958 where he studied at Los Angeles City College (LACC) and the Uninversity of California at Los Angeles (UCLA). At LACC, he became involved in campus … END_OF_DOCUMENT_TOKEN_TO_BE_REPLACED