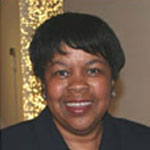 Frances Jones-Sneed is professor of history (PhD, University of Missouri) and Director of Women’s Studies at Massachusetts College of Liberal Arts in North Adams, Massachusetts. Jones-Sneed has taught and researched local history for over twenty years. She has lived in Williamstown, Massachusetts since 1993 and is co-director of the Upper Housatonic Valley African American Heritage Trail Advisory Council that pioneered the first African American Heritage Trail in rural New England. She also co-directed a National Endowment for the Humanities grant entitled “The Shaping Role of Place in African American Biography,” spearheaded a national conference on African American biography in September 2006 and is presently directing a NEH Faculty Workshop on “Of Migrations and Renaissances: Harlem NY & South Side Chicago, 1915-1975.” Jones-Sneed is currently working on a monograph about W.E.B. Du Bois.

Samuel Harrison, a minister, political activist, and former slave, became one of Berkshire County, Massachusetts’s most ardent abolitionists. Harrison was born enslaved in Philadelphia in 1818 but he and his mother were freed in 1821.  Shortly afterwards the widowed mother and her son moved to … END_OF_DOCUMENT_TOKEN_TO_BE_REPLACED