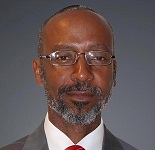 He is the former Director of the South African Research and Archival Project (SARAP) at Howard University. Working with Dr. Joseph E. Harris, Dr. Johnson helped to create a web-accessible relational database of information pertaining to relations between African Americans and South Africans during the anti-apartheid era. This research contributed to his article “Re-thinking the Emergence of the Struggle for South African Liberation in the United States: Max Yergan and the Council on African Affairs, 1922-1946,” which appeared in the Journal of Southern African Studies (Spring 2013). As Director of the Public History Program at NCCU, Dr. Johnson teaches courses on archives and oral traditions, and his research has emphasized preserving local histories of the African American experience as well as Public History in the African Diaspora. Dr. Johnson is an award-winning teacher, and a co-author of the book Topics on African Diaspora History (2016).