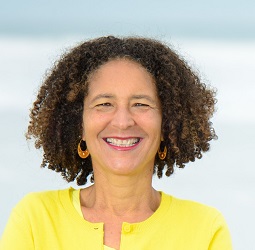 Her book titled Living the California Dream: African American Leisure Sites during the Jim Crow Era (University of Nebraska Press, 2020) rethinks the significance of the struggle for leisure and public space for all within the long freedom rights struggle and civil rights movement. Her work has garnered attention in KCET-LA programming, the Los Angeles Times, and other media outlets.

Much of Jefferson’s work is public-facing. She is currently working on public history projects revolving around the African American experience during the Jim Crow era, including the research and narrative production for Santa Monica’s Belmar History + Art Project, and stanchions and guidebook texts for the Central Avenue heritage trail with Angels Walk L.A. She was a co-curator on the Intersections of South Central Los Angeles: People and Places in Historic and Contemporary Photographs exhibit and co-writer of its catalog (California African American Museum, 2006). Jefferson also was a featured historian in the White Wash (2011) documentary movie.

Oak Bluffs on Martha’s Vineyard, part of Massachusetts’ Cape Cod Islands, is one of several historic African American summer resort communities along the Atlantic seaboard founded in the 1890s. The” Inkwell” or Town Beach in Oak Bluffs is the name of the popular beach frequented … END_OF_DOCUMENT_TOKEN_TO_BE_REPLACED

The Inkwell was a popular beach for African Americans in Southern California through the middle decades of the Twentieth Century.  The beach at Bay Street fanning out a block to the north and south was derogatorily called “The Inkwell” by nearby Anglos in reference to … END_OF_DOCUMENT_TOKEN_TO_BE_REPLACED