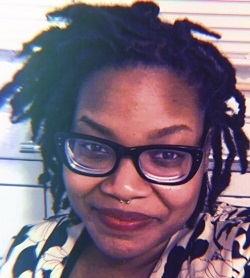 Jana M. Carpenter is the Research and Development Officer for the Black Science Coalition and Institute (B-SCI), she also works as a Research/ Lab Technician at the Center for Applied Isotope Studies at the University of Georgia. She plans to encourage discourse and progress in underrepresented communities in the STEM field in a collaborative effort with B-SCI. She has a passion for chemistry and metabolic processes, and plans to pursue a doctorate in the field utilizing analytical techniques.

Dr. Jerome M. Adams, M.D., M.P.H. is the 20th appointed United States Surgeon General. With his appointment on September 5, 2017, he became the first anesthesiologist to hold the position of surgeon general. Adams was born on September 22, 1974, in St. Mary’s County, Maryland.  … END_OF_DOCUMENT_TOKEN_TO_BE_REPLACED

Mathematician Annie J. Easley was born on April 23, 1933 in Birmingham, Alabama to Samuel and Mary Easley. Easley grew up in Birmingham and initially sought to be a nurse, but she soon switched to pharmacy once she started high school. Easley entered Xavier University … END_OF_DOCUMENT_TOKEN_TO_BE_REPLACED