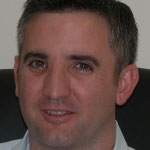 Dr. Bryan M. Jack received his Ph.D. in American Studies from Saint Louis University, his M.A. in American Studies from the University of Alabama, and his B.A. in History from Baker University.  As Assistant Professor of History and Coordinator of the History Program at Winston-Salem State University, his areas of teaching and research include African American history, United States history, the confluence of history and popular culture, and race in the Midwest.  A Kansas native, Jack’s manuscript The St. Louis African American Community and the Exodusters (Columbia: University of Missouri Press, 2007), is drawn from his dissertation and examines the role that the city of St. Louis played in the Exoduster migration to Kansas in 1879.  He has presented at numerous conferences, has contributed to the Notorious Lives encyclopedia, and has been interviewed about the Exodusters for a National Parks Service Film.  He is married to Jenny Deyto, a physician’s assistant, and most summer evenings will find them watching their beloved St. Louis Cardinals.

The Colored Refugee Relief Board (originally called the Committee of Fifteen and then the Committee of Twenty-Five), was formed in St. Louis, Missouri in response to the Exoduster migration in March 1879.  As thousands of destitute migrants arrived in St. Louis on their way to … END_OF_DOCUMENT_TOKEN_TO_BE_REPLACED

Charleton Tandy was born in Kentucky in 1836 to parents who were free only because his grandparents had purchased the family’s freedom three years before his birth.  Throughout his childhood, Tandy’s family worked to free slaves through the Underground Railroad, and as a young man, … END_OF_DOCUMENT_TOKEN_TO_BE_REPLACED