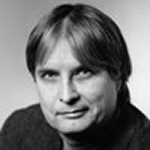 Professor Donald A. Grinde, Jr., Chair and Professor of American Studies at the State University of New York at Buffalo, is a Yamasee Indian. He is a longstanding member of the American Indian Movement. Professor Grinde has published over ten books and fifty articles since the early 1970s. He has received publication commissions from the U.S. Congress and served on an advisory board of 8 historians to plan the 200th anniversary of the Library of Congress. He has also given published testimony before the Senate Select Committee on Indian Affairs. Professor Grinde specializes in Iroquois history and the history of Native American Thought. He is married to Kari J. Winter, Associate Professor of English, State University of New York at Buffalo and has three sons, Drew, Kee, and Zane.

Edward Rose, also known by the names Five Scalps, Nez Coupe and “Cut Nose,” was the son of a white trader father and a Cherokee and African American mother.  Little else is known about his early life including where he was born. He may have … END_OF_DOCUMENT_TOKEN_TO_BE_REPLACED

Paul Cuffe is best known for his work in assisting free blacks who wanted to emigrate to Sierra Leone.  Cuffe was born free on Cuttyhunk Island, Massachusetts (near New Bedford) sometime around 1759. The exact date of his birth is unknown. He was the youngest … END_OF_DOCUMENT_TOKEN_TO_BE_REPLACED

In 1853, the Lumbee Indians, a triracial people who are descendants of several southeastern Indian tribes, whites, and African Americans, named themselves after the Lumber River, which flows through their homeland in North Carolina.  According to the Lumbee historian Adolph Dial, they are also descended … END_OF_DOCUMENT_TOKEN_TO_BE_REPLACED