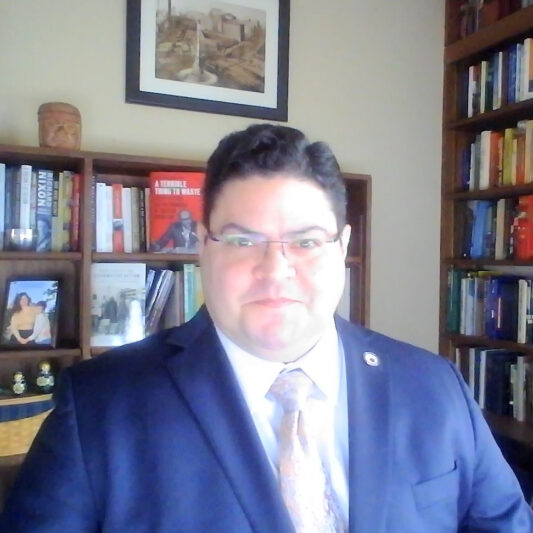 His books, Constructing Affirmative Action: The Struggle for Equal Employment Opportunity (University Press of Kentucky, 2011) and A Terrible Thing to Waste: Arthur Fletcher and the Conundrum of the Black Republican (University Press of Kansas, 2019), have garnered positive reviews in the American Historical Review, the Journal of American History, and the Journal of Southern History, among others. A Terrible Thing to Waste was the 2020-2021 Washburn University iReadv(freshman common read) selection, and Constructing Affirmative Action was the subject of a panel discussion at the 2012 annual conference of the National Association for Ethnic Studies.

Dr. Golland has also published articles in California History, Critical Issues in Justice and Politics, The Claremont Journal of Religion, and the American Historical Association’s newsmagazine Perspectives on History.

He also serves as editor of the Arthur Fletcher Papers. This 250,000-page collection of the personal and organizational documents of the “father of affirmative action enforcement” was digitized in 2014 and is held at the Mabee Library at Washburn University.

Dr. Golland is currently working on a book about the re-segregation of popular music as told through the history of the American rock band Journey.

He makes multiple public appearances each year, ranging from plenary talks to panel papers; has been an invited guest on talk radio; and has appeared on C-SPAN’s American History TV.

The Philadelphia Plan was a federal affirmative action program established in 1967 to racially integrate the building construction trade unions through mandatory goals for nonwhite hiring on federal construction contracts. Declared illegal in 1968, a revised version was successfully defended by the Nixon Administration and … END_OF_DOCUMENT_TOKEN_TO_BE_REPLACED