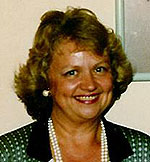 A graduate of Berea College, Berea, Kentucky, Susan Giffin enjoyed an extensive career in public relations and medical writing prior to launching her second career. She became an author, ghostwriter, and editor of 150 non-fiction and fiction books for authors in 30 states and 13 countries.

Susan’s non-fiction journal, The Kokomo Railroad, chronicles her struggle to gain the freedom of an innocent black prisoner who had served more than 24 years. Success came when he was released after 26 years. Susan attributes co-authorship to the man she freed because without him, she wouldn’t have a story to tell. A 5-star review by Readers’ Favorite Book Awards Contest concludes, “This brave and honest exposé of the times can have an impact similar to Uncle Tom’s Cabin.”

In 2017 Susan moved to Florida and aligned herself with award-winning Cuban American author, Pablo Zaragoza, serving as his editor. To date (2022), they have published 17 novels and received numerous awards and 5-star reviews from book awards competitions. Their website is pablozaragozabooks.com.

Tomie Louis Gaines was born on November 3, 1922 to Sally Gaines Glenn and Fred Glenn in Hartwell, Georgia. Gaines served in the early twentieth century with the last of the Buffalo Soldiers, the nineteenth century regiments commissioned immediately after the Civil War. Gaines served … END_OF_DOCUMENT_TOKEN_TO_BE_REPLACED

“Image Ownership: Public Domain” Eddie Marcy was a member of the support staff of the famed Tuskegee Airmen in World War II. Marcy was born in Birmingham, Alabama, on June 13, 1919, to Arthur and Callie Marcy. His parents moved to Big Stone Gap, Virginia, … END_OF_DOCUMENT_TOKEN_TO_BE_REPLACED