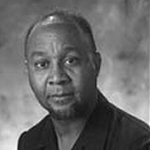 Douglas Henry Daniels formerly served as Professor in the Departments of Black Studies and History, and former Chair of Black Studies as well as Asian American Studies at the University of California, Santa Barbara. He received his BA in Political Science from the University of Chicago and an M.A. and Ph. D. in History from the University of California, Berkeley. Professor Daniels’ book publications include: Lester Leaps In: The Life and Times of Lester “Pres” Young (Boston: Beacon Press, 2002) Pioneer Urbanites: A Social and Cultural History of Black San Francisco (Berkeley: University of California Press, 1991); Charlemagne Péralte and the First American Occupation of Haiti (translation from French to English of George Michel, Charlemagne Péralte: Un Centenaire, 1885-1995 (Port-au-Prince, Haiti, 1987) (Dubuque, Iowa: Kendall Hunt, 1996); and One O’clock Jump: The Unforgettable History of the Oklahoma City Blue Devils (Boston: Beacon Press, 2005). Other research interests include African popular music and the use of oral history and photography in the study of culture. Daniels is now retired and holds the position of Professor Emeritus in the Departments of Black Studies and History, University of California, Santa Barbara.

Lester (Willis) Young, known as “Pres,” was born in Woodville, Mississippi and died in New York City. Named Willis Lester at birth, he dropped “Willis” at an early age. Young developed a light tone and swinging style as a member of “territory bands,” such as … END_OF_DOCUMENT_TOKEN_TO_BE_REPLACED

The Oklahoma City Blue Devils were a territorial band with a legendary reputation among musicians in the Southwest. Starting in 1923 accompanying Billy King’s road show, “Moonshine,” at the Aldridge Theatre in Oklahoma City, they also performed for white and African American audiences from Texas … END_OF_DOCUMENT_TOKEN_TO_BE_REPLACED