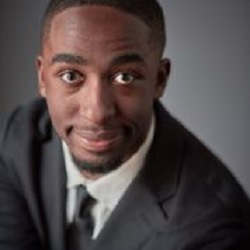 Creighton Edward Reed was born and raised in Seattle, Washington; raised by a single mother and grandmother in Everett, Washington for the first 12 years of his life. He moved to Shoreline, Washington to live with his father to add a metaphorical fresh coat of paint to his life. He would graduate from Shorewood High School with a 3.7 GPA.  He graduated with honors from Shoreline Community College obtaining a degree in Digital Film/ Media with a 3.67 GPA.

Reed has given his time and service to the Student Conservation Association in Edmonds, WA in both 2016 and 2017 during the summertime, clearing out invasive species such as thorns that interfere with the tourists’ enjoyment. He has worked as a dishwasher at PCC in Edmonds, WA.  Reed is working with the YMCA as a camp counselor in the Seattle District.

George Speck, later known as George Crum and long thought to be the inventor of the potato chip, was born on July 15, 1824 in Saratoga Country, New York to parents Abraham Speck, an African American, and Diana Tull, a Native American of the Huron … END_OF_DOCUMENT_TOKEN_TO_BE_REPLACED

Emma Reed (Wright) was born on May 30, 1925 on the family farm in rural Redwood, Mississippi to parents Sallie and Smith Reed. She grew up on the farm but attended Coleman High School in Greenville, Mississippi, graduating in 1943. She then enrolled in Tennessee … END_OF_DOCUMENT_TOKEN_TO_BE_REPLACED