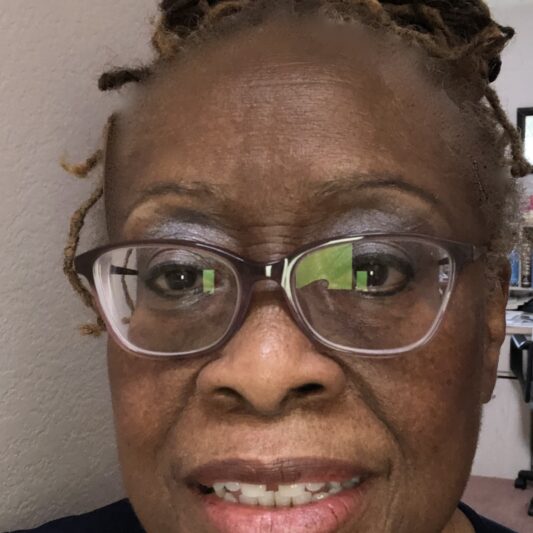 Anna Christian was born in New York, but has spent most of her adult life in California. For over twenty years, she taught high school and community college in Los Angeles and Moreno Valley. Her first book, published in 1999, is titled Meet it, Greet it, and Defeat it! the Biography of Frances E. Williams, Actress/Activist. It was Mrs. Williams’s inspiring life and her motto, “Just Do It!” which motivated the author to keep this unsung hero’s memory alive.

Christian has since written and published six more books, Mrs. Griffin is Missing and Other Stories, The Newcomer, and Mr. Moore’s Menagerie, Bobby and Sonny Mystery for preteens; The Big Table, a children’s picture book; and two adult contemporary women’s fiction, Daniel’s Wife and Then Sings My Soul.

She has two biographical entries in the 2008 African American National Biography Project published by Oxford University Press; one of Frances E. Williams and one of Rupert Crosse, actor. And two articles in Black Past.org.

She has edited and published three anthologies, Aged to Perfection 1, 2, and 3, a collection of essays, short stories and poems written by the Moreno Valley Senior Scribes.

Christian is the recipient of the 1999 research and Status of Black Women in the Arts award from the Southern California Conference Branch, Women’s Missionary society of the AME Church. Presently she facilitates a Creative Writing/Life Story class at the Moreno Valley Senior Center.

The Monotones were a six-member American doo-wop group in the 1950s. Though they recorded other songs, they had only one hit single, “The Book of Love,” which reached No. 5 on the Billboard 100 chart in 1958. The teenagers lived in Baxter Housing Project and … END_OF_DOCUMENT_TOKEN_TO_BE_REPLACED

Orville Richard Burrell, whose stage name is Shaggy, was born October 22, 1968 in Kingston, Jamaica. The Jamaican-American is a reggae musician, singer, DJ, and actor known for his hit songs “It Wasn’t Me,” “Boombastic,” “Oh Carolina,” and other singles. Nominated for seven Grammy Awards, … END_OF_DOCUMENT_TOKEN_TO_BE_REPLACED

Mickey and Sylvia were a popular R&B duo in the 1950s known for their hit song “Love is Strange.” In 1957, the single topped the R&B chart at No.11 and sold over one million copies. It was awarded a gold disc by the Recording Industry … END_OF_DOCUMENT_TOKEN_TO_BE_REPLACED

Musician, songwriter, disc jockey, music journalist, film director, and drummer Ahmir Thompson, known as “Questlove,” was born January 20, 1971, in Philadelphia, Pennsylvania. With his friend Tariq “Black Thought” Trotter, he co-founded the hip-hop group the Roots. Since 2014, the Roots have been the in-house … END_OF_DOCUMENT_TOKEN_TO_BE_REPLACED

Rock and Roll and R&B singer and songwriter Bobby Day was best known for his only major hit “Rockin’ Robin” recorded in 1957 on the Classic Label. In 1958, the single, written by Leon Rene under the pseudonym Jimmie Thomas, reached no. 1 on the … END_OF_DOCUMENT_TOKEN_TO_BE_REPLACED

R&B Singer Doris Troy was born Doris Elaine Higginsen in Bronx, New York, on January 6, 1937. Both a singer and a songwriter, her biggest hit, “Just One Look,” was released in 1963 and peaked at no. 10 on the Billboard Hot 100 chart. Troy’s … END_OF_DOCUMENT_TOKEN_TO_BE_REPLACED

The Exciters were one of the first girl groups to have a no. 4 hit on the U.S. pop chart in 1962 and no. 5 on the R&B chart in 1964. Their first hit single “Tell Him” sold over a million records. The original members … END_OF_DOCUMENT_TOKEN_TO_BE_REPLACED

Actor, rapper, singer, songwriter, and record producer Terrence Deshon Howard is best known for his role as Lucius Lyons, music mogul, in the TV series Empire for which he won the BET Best Actor Award in 2015. While he began his career appearing on several … END_OF_DOCUMENT_TOKEN_TO_BE_REPLACED

American actor of stage and screen. He is perhaps best known known for films such as Shaft (1971), Ragtime (1981), and Heartbreak Ridge, (1986). He won his first Obie Award for his portrayal as Aaron in Shakespeare’s Titus Andronicus, and was nominated for a Tony … END_OF_DOCUMENT_TOKEN_TO_BE_REPLACED

Ernest Roscoe Dickerson is an American director, cinematographer, and screenwriter. Most notably, he directed Juice (1992), which he co-wrote along with Gerard Brown. He also directed TV episodes of Tales from the Crypt: Demon Knights (1995); Bones (2001); Never Die Alone (2004); and several episodes … END_OF_DOCUMENT_TOKEN_TO_BE_REPLACED