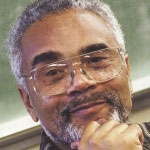 Dr. Clayborne Carson has devoted his professional life to the study of Martin Luther King, Jr., and the movements King inspired. Since receiving his doctorate from UCLA in 1975, Dr. Carson has taught at Stanford University, where he is now professor of history and founding director of the Martin Luther King, Jr., Research and Education Institute . He has also been a visiting professor at American University, the University of California, Berkeley, and Emory University as well as a Fellow at the Center for the Advanced Study in the Behavioral Sciences at Stanford.

Dr. Carson attended the 1963 March on Washington and participated in civil rights and antiwar protests during his undergraduate years at UCLA. Many of his subsequent writings reflect his experiences by stressing the importance of grassroots political activity within the African American freedom struggle. His first book, In Struggle: SNCC and the Black Awakening of the 1960s, remains the definitive history of the Student Nonviolent Coordinating Committee, the most dynamic and innovative civil rights organization. His other publications include Malcolm X: The FBI File (1991). He is co-author of African American Lives: The Struggle for Freedom (2005), a comprehensive survey of African-American history.

One of the most visible advocates of nonviolence and direct action as methods of social change, Martin Luther King, Jr. was born in Atlanta, Georgia on January 15, 1929. As the grandson of the Rev. A.D. Williams, pastor of Ebenezer Baptist church and a founder … END_OF_DOCUMENT_TOKEN_TO_BE_REPLACED