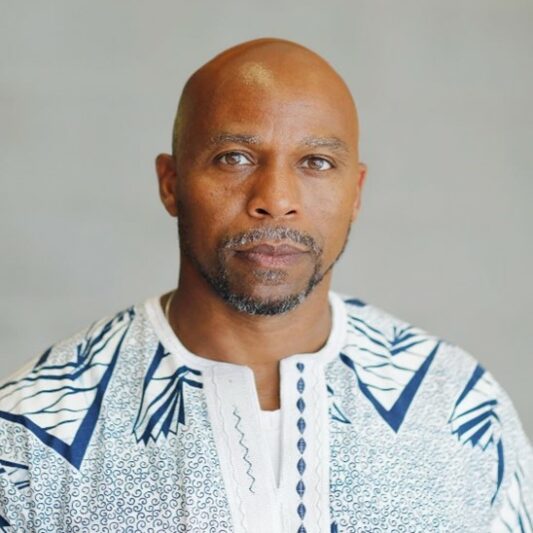 Rooted in Pan-Africanism, Dr. Bush employs a pentecostal-revolutionary pedagogy – teaching from and to the spirit to foster a liberatory praxis. His approach to teaching is reflected in his research as he aims to contemporaneously disrupt power relations and to build programs, institutions, and states on the best of African philosophies and practices. His publications are numerous and impactful. He has published 4 books, including The Plan: A Guide for Women Raising African American Boys from Conception to College and The Plan Workbook, and 35 academic articles. Most notably, he published, along with his brother, Dr. Edward C. Bush, the first-ever comprehensive theory concerning Black boys and men called African American Male Theory (AAMT). His research foci situate him as the leading expert on the relationship between Black mothers and their sons, the development of Independent Black Institutions (IBIs) in the United States, and the theorization of Black boys and men. Moreover, his research has become the framework and guide for families, programs, and organizations nationwide.

Building on a multigenerational family lineage of service, struggle, and education, Dr. Bush started his first independent Black Saturday school at age 22. He continues to create Black independent educational spaces such as the Genius Project – a summer STEM academy. He is highly sought after for his expertise in developing rites-of-passage programs, which he has conducted for over 15 years working directly with hundreds of Black boys on manhood development. He co-founded the Akoma Unity Center, a 501c3 nonprofit organization headquartered in San Bernardino, CA, that utilizes an African-centered framework and approach to educate, heal, and transform historically excluded communities.

Dr. Bush views his role as the chair of Pan-African Studies as leading Worldmaking work. He is expanding and reclaiming Pan-African/Black/Africana studies to include the sciences as they are essential to Nation building. To this end, he is the founder of the Martin Delaney-Pan African Studies (MDpas) to Medical School Program, which prepares Cal State LA students for careers in medicine.  Students major or minor in Pan-African Studies while completing the prerequisite courses to be eligible to apply to medical and other health professional schools.  Moreover, he is the co-founder of the Health Professions Center for all Cal State LA students with the aim to become the national leader in producing culturally diverse and culturally responsive health-career professionals who are homegrown, that is, students from and trained in our local communities.

Nana is a traditional African priest and healer of the Akan priesthood of West Africa.  Yet, he draws heavily on the basic teachings of his parents and grandmothers to guide him in his approach to his ministry and treatment of those society renders to be the least of us.  He is the quintessential family man as he often states that he practices African spiritual traditions, but family is his religion.  He is the father or baba of many children but has 3 biological – two daughters in medical school and a son who is a high school senior.

Dr. Bush has received numerous awards. Most recently, he received the Outstanding Faculty Award 2018, making him only the second African American in the history of Cal State LA to receive such an honor, and the Pan African Studies Black Community Honors Award 2018.

William H. Crogman was born on the West Indian island of St. Martin’s in 1841.  At age 12 he was orphaned; by age 14, he took to the sea with B.L. Bommer where he received an informal but international education as he traveled to such … END_OF_DOCUMENT_TOKEN_TO_BE_REPLACED

Marva Collins was born in Monroeville, Alabama to Bessie and Henry Knight where her father, who had an indelible impact on her, was one of the richest black men in town.  She attended segregated schools, and contrary to many views, these institutions were often places … END_OF_DOCUMENT_TOKEN_TO_BE_REPLACED

Born in Virginia in 1854, Olivia A. Davidson, the daughter of an ex-slave and freeborn mother, was the seventh of ten children.  The family moved from Virginia to southern Ohio in 1857, then moved to the northern part of the state in Albany and Athens … END_OF_DOCUMENT_TOKEN_TO_BE_REPLACED

Born in Port-of-Spain, Trinidad, to a middle-class family, Oliver Cromwell Cox was one of nine children of Virginia Blake and William Raphael Cox.  Influenced by his father, who was determined that his children further their education, Oliver traveled to the United States at the age … END_OF_DOCUMENT_TOKEN_TO_BE_REPLACED

Booker T. Washington is one of the most controversial and dominant figures in African American history. According to his autobiography Up From Slavery (1901), he did not know the exact year, date, and place of his birth or his father’s name. Yet, it is widely … END_OF_DOCUMENT_TOKEN_TO_BE_REPLACED