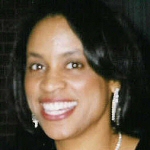 Zanice Bond de Pérez received her Ph.D. in American Studies from the University of Kansas (KU) in May 2012. While at Kansas she served as co-director of the Shifting Borders of Race and Identity Project, a KU/ Haskell Indian Nations University collaboration funded by the Ford Foundation which examines the intersections of African Americans and First Nations people. Zanice earned a B.S. in Communication from Ohio University and an M.A. in English from Tennessee State University where she was inducted into Phi Kappa Phi Honor Society. She also completed Gupton School of Mortuary Science and is a licensed funeral director and embalmer. She was a participant in the 1997 National Endowment for the Humanities (NEH) Summer Institute entitled “Performance and Text in Caribbean iterature” at the University of Puerto Rico; and attended the Pontifical Catholic University of Rio de Janeiro in Rio de Janeiro, Brazil for a summer session which examined the military dictatorship’s impact on the arts. Her current research interests include immigration history, 20th Century African-American literature, Afra-Latina literature, and critical race theory. Two of her poems were included in the anthology, Dark Eros published by St. Martin’s Press in 1997.

Fannie Lou Hamer was a grass-roots civil rights activist whose life exemplified resistance in rural Mississippi to oppressive conditions. Born on October 6, 1917 in Montgomery County, Mississippi, to a family of sharecroppers, she was the youngest of Lou Ella and Jim Townsend’s twenty children.  Her family moved to … END_OF_DOCUMENT_TOKEN_TO_BE_REPLACED

On November 30, 1912, in Fort Scott, Kansas, Sarah and Andrew Parks welcomed their fifteenth child, Gordon Roger Alexander Buchanan Parks, into their home. Though struggling against poverty and racism in Fort Scott, young Gordon was nurtured there. His mother was especially influential, and her … END_OF_DOCUMENT_TOKEN_TO_BE_REPLACED

Althea Gibson, a sharecropper’s daughter, entered the world of sports when segregation severely limited opportunities for African Americans. She eventually became the first black athlete to cross the color line of international tennis and golf. Althea Gibson was born on August 25, 1927, to Daniel … END_OF_DOCUMENT_TOKEN_TO_BE_REPLACED

Quintessential gospel singer Mahalia Jackson, often called the “Queen of Gospel” was born on October 26, 1911, to an impoverished family in New Orleans, Louisiana.  Her father, John A. Jackson, Sr., was a dockworker and barber who later became a Baptist minister.  Her mother, Charity … END_OF_DOCUMENT_TOKEN_TO_BE_REPLACED

Described as the “most untalked about, unappreciated, unknown giant in the African American community,” by Dr. Levi Watkins, Jr., Vivien Thomas received an honorary doctorate from Johns Hopkins University in 1976, and while this was undoubtedly memorable, the decades which preceded this moment were equally … END_OF_DOCUMENT_TOKEN_TO_BE_REPLACED

Marian Anderson, renowned contralto and one of the most celebrated singers of the 20th century, was born on February 27, 1897, in Philadelphia, Pennsylvania. Anderson was the daughter of John Berkley Anderson, a small business owner, and Annie Delilah Rucker Anderson, a former Virginia schoolteacher.  … END_OF_DOCUMENT_TOKEN_TO_BE_REPLACED