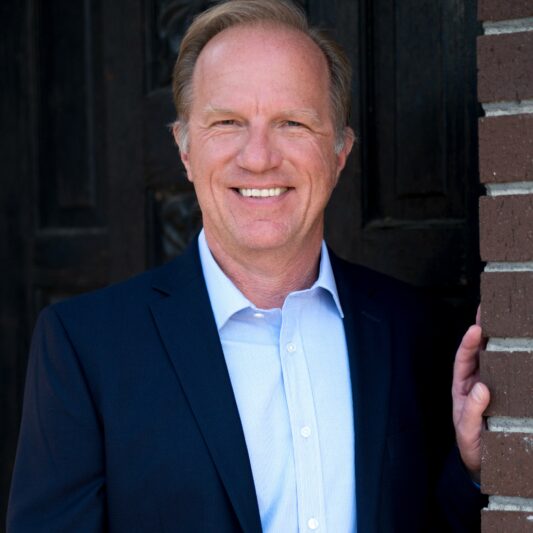 Robert Bauman is Professor of History at Washington State University Tri-Cities.  He is an award-winning scholar and author of a number of articles and book chapters and two books, Race and the War on Poverty: From Watts to East LA (2008) and Fighting to Preserve a Nation’s Soul: America’s Ecumenical War on Poverty (2019).  He also is co-editor, with Robert Franklin, and co-author of Nowhere to Remember: Hanford, White Bluffs and Richland to 1943 (2018) and Echoes of Exclusion and Resistance: Voices from the Hanford Region (2021). Professor Bauman was awarded the WSU Tri-Cities Chancellor’s Distinguished Research Excellence Award in 2022.  His article, “Jim Crow in the Tri-Cities, 1943-1950” won the Charles Gates Award from the Pacific Northwest Quarterly in 2005.

The Martin Luther King, Jr. Medical Center opened in 1971 as a result of lobbying efforts by civil rights and antipoverty activists to bring a high quality medical facility to the primarily black residents in South Central Los Angeles. Ted Watkins, the founder of the … END_OF_DOCUMENT_TOKEN_TO_BE_REPLACED

A coalition of antipoverty organizations and black nationalist groups initiated the Watts Summer Festival in 1966 as a way to focus the Watts community on celebrating black heritage and culture annually on the anniversary of the Watts riots.  Although the groups involved in establishing and … END_OF_DOCUMENT_TOKEN_TO_BE_REPLACED

The Civil Rights Movement and investigative journalism combined in the early 1960s, inciting a nation to address the growing problem of poverty in America.  A 1963 New York Times series on Appalachian poverty and Michael Harrington’s The Other America (1962) inspired discontent young Americans as … END_OF_DOCUMENT_TOKEN_TO_BE_REPLACED

The Reverend (now Bishop) Hamel Hartford Brookins became one of the leading black ministers and civil rights activists in Los Angeles in the 1960s.  Brookins arrived from Wichita, Kansas in 1960 to be the new pastor of the First African Methodist Episcopal (AME) Church in … END_OF_DOCUMENT_TOKEN_TO_BE_REPLACED

Civil Rights activists in Los Angeles, California created the United Civil Rights Committee (UCRC) in 1963 following an appearance by Martin Luther King, Jr. at Wrigley Field in that city. Members of the local chapters of the National Association for the Advancement of Colored People … END_OF_DOCUMENT_TOKEN_TO_BE_REPLACED

Since 1965, the Watts Labor Community Action Committee (WLCAC) has operated as the key antipoverty agency in South Central Los Angeles.  Union members and community activists established the WLCAC largely because of the failure of the city and county of Los Angeles to establish a … END_OF_DOCUMENT_TOKEN_TO_BE_REPLACED

Born into poverty and racial segregation in Meridian, Mississippi in 1912, Ted Watkins became a civil rights and union activist and led an anti-poverty agency in Los Angeles, the Watts Labor Community Action Committee (WLCAC).  Watkins left Mississippi as a young man to avoid a … END_OF_DOCUMENT_TOKEN_TO_BE_REPLACED