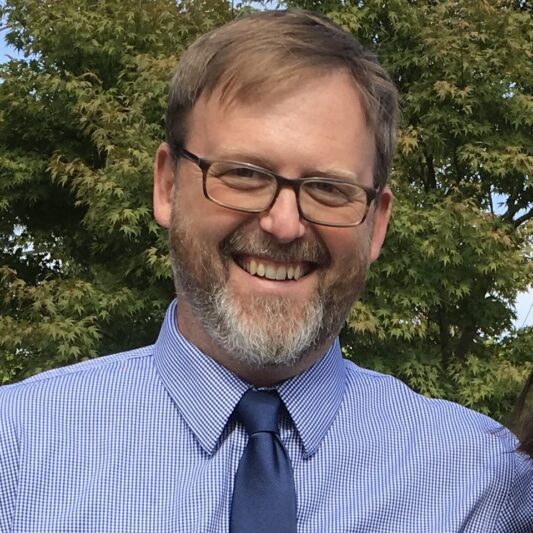 Kevin Bartoy has worked for the Washington State Department of Transportation (WSDOT) since 2009, and Washington State Ferries (WSF) (a division of WSDOT) since 2016. Kevin is the first Chief Sustainability Officer for WSF and recently helped to establish the Office of Sustainability and Environmental Services within WSF. Kevin’s work includes being lead author of WSF’s first Sustainability Action Plan, published in 2019, and its second plan that was published for the 2021-2023 biennium. Kevin’s work in establishing a sustainability program at WSF and leading WSF’s efforts to help recover the critically endangered Southern Resident Killer Whale was recognized with the Washington State Governor’s Leadership in Management Award in 2021.

As Kevin has helped lead WSF’s sustainability journey, he has connected the organization with ports and other maritime operators along the West Coast of the United States and Canada as well as in Europe. These connections have led to the formation of working groups, which Kevin facilitates, for the Puget Sound and the West Coast of North America focused on environmental issues as well as the implementation of the Institute for Sustainable Infrastructure’s Envision Framework for maritime infrastructure. Kevin also leads WSF’s continuous improvement efforts within Green Marine, and participates in a leadership role within that organization on advisory committees and work groups to try to improve the environmental performance and sustainability of the North American maritime industry.

Most visitors who tour the Hermitage outside Nashville, Tennessee come to the historic site because it is the home of Andrew Jackson, the seventh president of the United States.  Hermitage Archaeology Director Kevin Bartoy reminds us, however, that the plantation was also home to over … END_OF_DOCUMENT_TOKEN_TO_BE_REPLACED