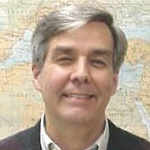 Alwyn Barr is professor of history at Texas Tech University and a former chair of the history department.  Among his five authored books are:  Black Texans:  A History of African Americans in Texas, 1528-1995, 2nd ed.; Norman: University of Oklahoma Press, 1996), and African Texans, College Station:  Texas A&M University Press, 2004.  He also has edited, with Robert A. Calvert,  Black Leaders:  Texans for Their Times, Austin:  Texas State Historical Association, 1980; and has written the Introduction to Black Cowboys of Texas, edited by Sara R. Massey, College Station:  Texas A&M University Press, 2000, as well as several articles on African American history in professional  journals.  He is a former president of the Texas State Historical Association and a former board member of Humanities Texas.

Valmo Bellinger, a businessman and political leader, was born in San Antonio, Texas, the son of Charles Bellinger. As a young man, Valmo established and published the San Antonio Register beginning in 1931 after G.W. Bouldin, publisher of the only black newspaper, the Inquirer, rejected … END_OF_DOCUMENT_TOKEN_TO_BE_REPLACED

Charles Bellinger, a businessman and political leader, was born in Caldwell County, Texas on April 15, 1875.  From his youth on a farm he moved to Lockhart and worked in a saloon.  With his savings as well as loans, he opened a saloon in San … END_OF_DOCUMENT_TOKEN_TO_BE_REPLACED