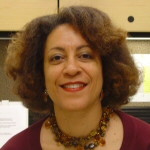 Susan Anderson specializes in writing about African American history, politics, and culture, with an emphasis on California and Los Angeles. Since 1999 she has been a contributor to the Los Angeles Times Sunday Opinion. Her articles and essays have appeared in The Nation, LA Weekly, LA Architect, Mother Jones, Quarterly Review of Black Literature and other publications. She is the author of "Rivers of Water in a Dry Place: Early Black Participation in California Politics," in Racial and Ethnic Politics in California published by the Institute of Governmental Studies, University of California, and; "A City Called Heaven: Black Enchantment and Despair in Los Angeles," in The City: Los Angeles and Urban Theory at the End of the Twentieth Century, edited by Allen J. Scott and Edward W. Soja, University of California Press.

She was the 2006 Lois Langland Alumna-in-Residence at Scripps College, Claremont, California, where she shared her research on the all-black independent town of Allensworth. Two of her public talks can be heard or downloaded from www.scrippscollege.edu/sounds .

Film and television actress, Louise Beavers, was born in Cincinnati, Ohio, where she was part of an act called “Lady Minstrels” before moving to Los Angeles to begin her film career in the silent films, “Gold Diggers” (1923) and “Uncle Tom’s Cabin” (1927). Beavers appeared … END_OF_DOCUMENT_TOKEN_TO_BE_REPLACED

Born 1855 in Trenton, Kentucky, Josephine Leavell was an accomplished pianist, organist and music teacher before marrying prominent Baptist minister, Rev. Allen Allensworth, in 1877.  From 1886 to 1906, Josephine lived with her husband, one of the few African American chaplains in the U.S. Army, … END_OF_DOCUMENT_TOKEN_TO_BE_REPLACED

George Beavers, Jr. was born in 1892, in the Mechanicsville section of Atlanta, Georgia.  His parents decided to leave Atlanta with their children in 1902, after white mob violence erupted in their neighborhood.  They settled in Los Angeles where they expected to find “full citizenship … END_OF_DOCUMENT_TOKEN_TO_BE_REPLACED