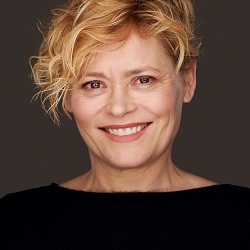 Not long after the United States and China reopened formal relations and Deng Xiaoping visited Seattle, Amy Sommers entered the University of Washington. Convinced there would be a need for lawyers who knew about China, at the Jackson School of International Studies she pursued an undergraduate degree in international studies with a focus on China. While at university, she began studying Mandarin Chinese and continued in law school, including spending a year at the Inter-University Program for Chinese Studies in Taiwan in the late 1980s.

From the early 1990s, she practiced corporate law, working on a range of China-related matters. In the early 2000’s, she relocated to China to open the Shanghai office of an international law firm. During a period of rapid economic development, social change and maturation in China’s legal system, Amy advised multinational companies on their strategic initiatives. In 2015, she returned to the United States and in 2016, retired from the practice of law. Since then, she has engaged in political activism, including working on Vice President Kamala Harris’s primary campaign in South Carolina in 2019, and has published a novel Rumors from Shanghai, set in Asia just before Pearl Harbor.

In the account below historian Amy Sommers describes the diplomatic work of James Weldon Johnson at the Institute of Pacific Relations Conference in Kyoto, Japan in 1929. If one were to imagine a modern renaissance man of such imposing and broad talents as to be … END_OF_DOCUMENT_TOKEN_TO_BE_REPLACED

In the following article novelist and independent historian Amy Sommers briefly outlines the experience of African Americans in Asia between World Wars I and II. She argues that African American influence in Asia was situated in four broad categories: the performing arts, international relations, faith, … END_OF_DOCUMENT_TOKEN_TO_BE_REPLACED