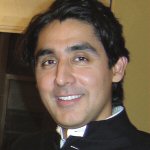 Omar H. Ali is Associate Professor of African American and Diaspora Studies at the University of North Carolina, Greensboro. An honors graduate of the London School of Economics and Political Science, he studied anthropology at the School of Oriental and African Studies before receiving his Ph.D. in history from Columbia University. The author of In the Balance of Power (Ohio University Press, 2008) and In the Lion’s Mouth: Black Populism in the New South (University Press of Mississippi, 2010), Dr. Ali has been a Fulbright professor of history and anthropology at Universidad Nacional de Colombia, Bogotá, and Library Scholar at Harvard University. His publications have variously explored the antislavery actions and post-Emancipation political struggles of men and women of African descent. His next book-length project is entitled Bilal’s Song: Soldiers, Servants, and Sailors in the African Diaspora of the Indian Ocean World.

Malik Ambar was among the tens of thousands of men, women, and children captured in Africa and sold into slavery in the Middle East and India over nearly nine centuries.  His story is also an indication of the ability of some in the predominantly Muslim … END_OF_DOCUMENT_TOKEN_TO_BE_REPLACED

In the following article historian Omar H. Ali explores a lesser-known aspect of the global African Diaspora, the spread of African peoples and their cultures throughout the Indian Ocean basin. Africans had become a visible part of the Indian Ocean world long before the advent … END_OF_DOCUMENT_TOKEN_TO_BE_REPLACED