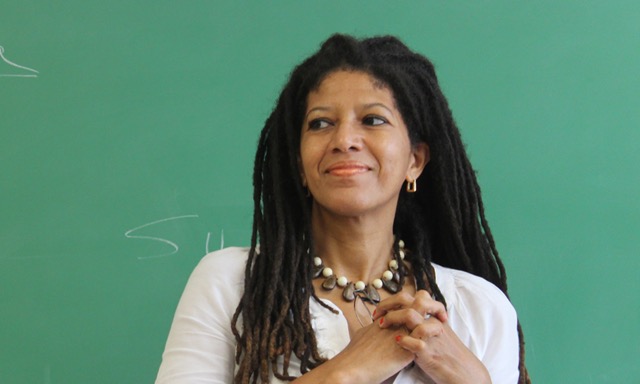 In 1984, Denis-Rosario graduated from Luz América Calderón high school in Carolina, Puerto Rico where she was taught by prominent Afro-Puerto Rican writer Marie Ramos Rosado. She earned a Paralegal Studies certificate in 1995 at University of Puerto Rico-Río Piedras (UPR-RP); Criminal Justice B.A. from InterAmerican University (2005); Creative Literature M.A. with the thesis “Inescapable Footprints” from the Universidad del Sagrado Corazón (2008); and a Puerto Rican and Caribbean Literature Ph.D. from the Center for Advanced Studies of Puerto Rico and the Caribbean where she examined Yoruba myths in the characterization of Afro-descendant women in the narrative of Afro-Puerto Rican writer Mayra Santos Febres and the dramaturgy of Afro-Cuban artist Fátima de la Caridad Patterson (2015).

Denis-Rosario was mentored and inspired by writers Maríe Ramos Rosado and Alberto Martínez Márquez. She began writing professionally in Letras Salvajes, anthologies, and refereed and creative organs beginning in 2006. Her books critically exam the racial project, activism, and complex issues of race and racism in Puerto Rico. Titles such as Capá Prieto, Bufé, Delirio Entrelazado, and Sepultados, translated into a number of languages, look at themes of Negritude, Negrismo, and the ways Black Puerto Rican women and men have historically been made invisible. Afro-Puerto Rican literature, Denis-Rosario asserts “is valid, it is growing and there is no way to make us invisible because we are present.” Denis-Rosario also comments on the white Puerto Rican liberal project, expressing “I am concerned with how our white feminist colleagues have somehow forgotten us. It is as if Black does not exist.”

Her writings have garnered many honors such as the Nacional Instituto de Literatura Puertorriqueña Award and the Fifth International Prize Award of Journalism and Literature. Denis-Rosario is currently an Institute of Puerto Rican Literature board member and co-producer of “Negras,” a weekly radio program at the University of Puerto Rico’s 89.7FM, hosted by Colectivo Ilé members Gloriann Sacha Antonetty Lebron, Bárbara Idalissee Abadía-Rexach, Kimberly Figueroa Calderón, and Maria Reinat-Pumarejo. Her biographical videos for WIPR-6 on Afro-Puerto Rican luminaries have included Pura Belpré, Celestina Cordero, José Celso Barbosa and Eleuterio Derkes. Denis-Rosario has served as president of the PEN Club of Puerto Rico and is a member of the Network of Afro-Latin American, Afro-Caribbean and Diaspora Women, presenting at conferences, reading poems, and book talks on nearly every continent. Denis-Rosario previously taught at Ana G. Méndez and Metropolitan universities, is a El Nuevo Día guest columnist, and since 2015 has been a UPR-RP assistant professor of literature.