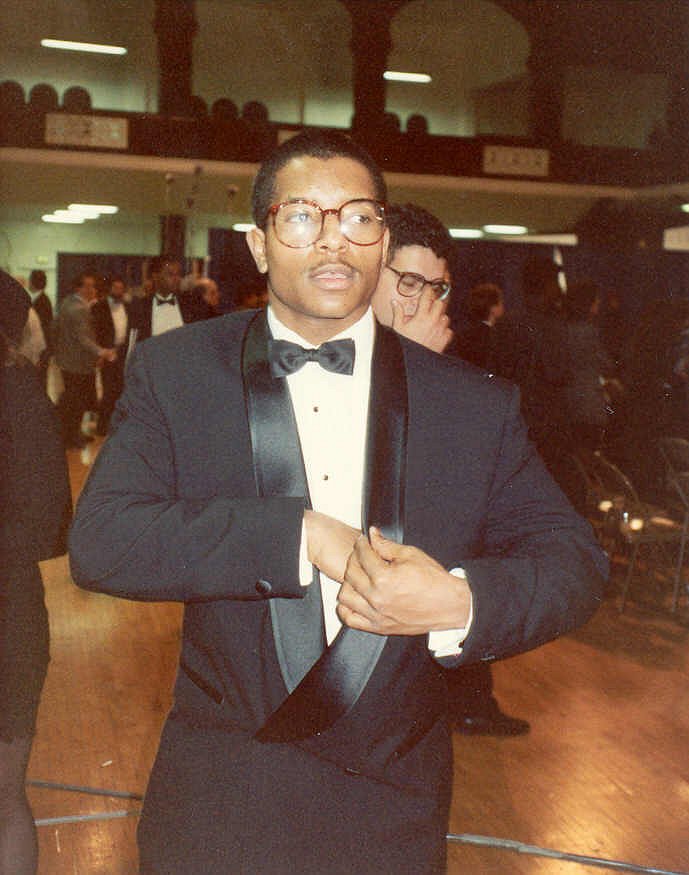 Young MC, rapper, songwriter, producer, and actor, was born Marvin Young to Cleveland and Lucille Young on May 10, 1967 in London, England.  His parents were both Jamaican immigrants; Cleveland worked for a telephone company and Lucille was a nurse.  The family came to the United States in 1970 and settled near Hollis, Queens in New York City, New York.  Young began honing his rap skills at age 10 and, after graduating from Hunter College High School on Manhattan’s Upper East Side, Young moved to Los Angeles in 1984 to attend the University of Southern California.

Young was signed by a fledgling rap label, Delicious Vinyl Records, in 1987 while still completing his Bachelor’s degree in Economics at USC.  He began his career by co-writing the smash hits “Wild Thing” (1988) and “Funky Cold Medina” (1989) for his label mate, Tone-Loc.  “Wild Thing” reached number two on the Billboard chart and sold over four million copies.  The follow-up, “Funky Cold Medina,” peaked at number three on the Billboard chart and sold over two million copies.

In the long shadow cast by gangsta rap on the West Coast during the late 1980s and early 1990s, Young MC stood out with family-friendly subject matter, rhymes, and overall style.  Following the success of Stone Cold Rhymin’, Young left Delicious Vinyl and signed with Capitol Records.  He released his second album Brainstorm on the Capitol label in 1991.  The album had disappointing sales and reached only number 66 on the Billboard chart.

Young has also appeared in several reality television shows, as well as films such as The Zero Sum (2005) and Up In the Air (2009) with George Clooney.  The song “Bust A Move” has been featured in numerous movies, television shows, and commercials.