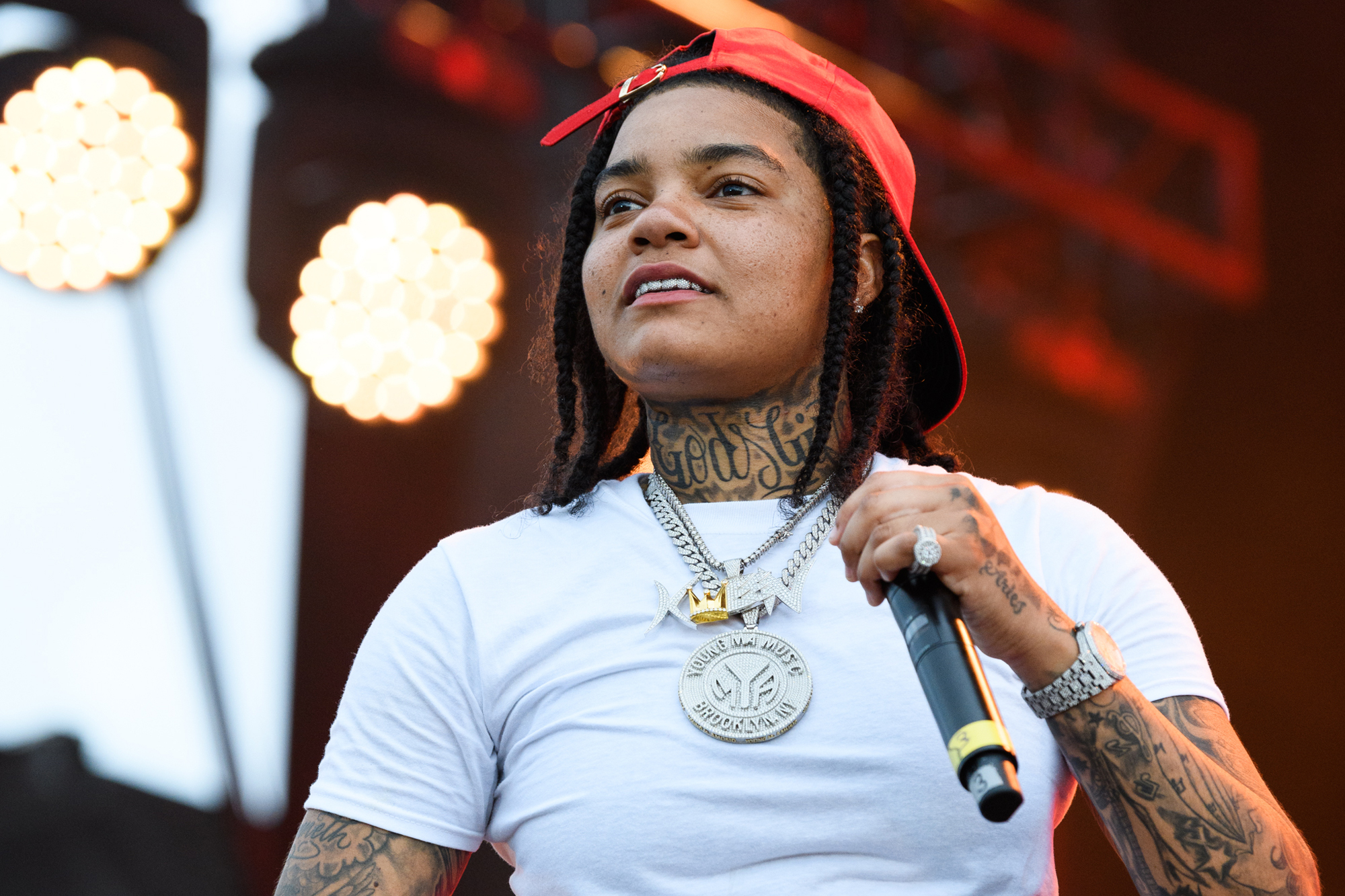 At the age of 7, Young MA’s mother relocated her family to Chesterfield, Virginia so that her children would have better opportunities and access to better school facilities, as well as to move away from violence. Young MA’s mother and upbringing influenced the musical style. At the age of nine Young MA wrote various rhymes and lyrics in her schoolbooks. Her mother also purchased a karaoke unit to encourage her talents and for practice. During her stay in Virginia, Young MA performed with the rap group “Moneymakers” as the lead singer.

At the age of 16 Young MA’s family returned back to New York. Tragedy struck Young MA’ family on September 26, 2009 when her brother, Kenneth Ramos, was stabbed to death. His demise heavily impacted the artist and led to a temporary break from music.

In 2014 Young MA released her first single, “Brooklyn.” Two years later she released “Ooouuu,” which became the artist’s most popular single, going quadruple-platinum (selling four million units) and peaking at no. 29 on the Billboard’s Hot 100 and no. 16 on its 100 Best Pop Songs of 2016. The hit single resulted in a nomination for BET and MTV Artist of the Year, as well as Hip-Hop Artist of the Year, Best Female Hip Hop Artist (2017), Best New Artist (2017). She was also nominated for Breakthrough Artist in 2017 by Libera Awards, and Best New Artist by MTV Video Music Awards.

In 2018 Young MA, along with her mother, launched Kweenz Foundation, to “help those residing in her East New York neighborhood overcome the grief and trauma that comes with the loss of a loved one.” The same year Forbes 30 under 30 did a feature on the artist. Additionally, Young MA has received a proclamation from the city of New York.