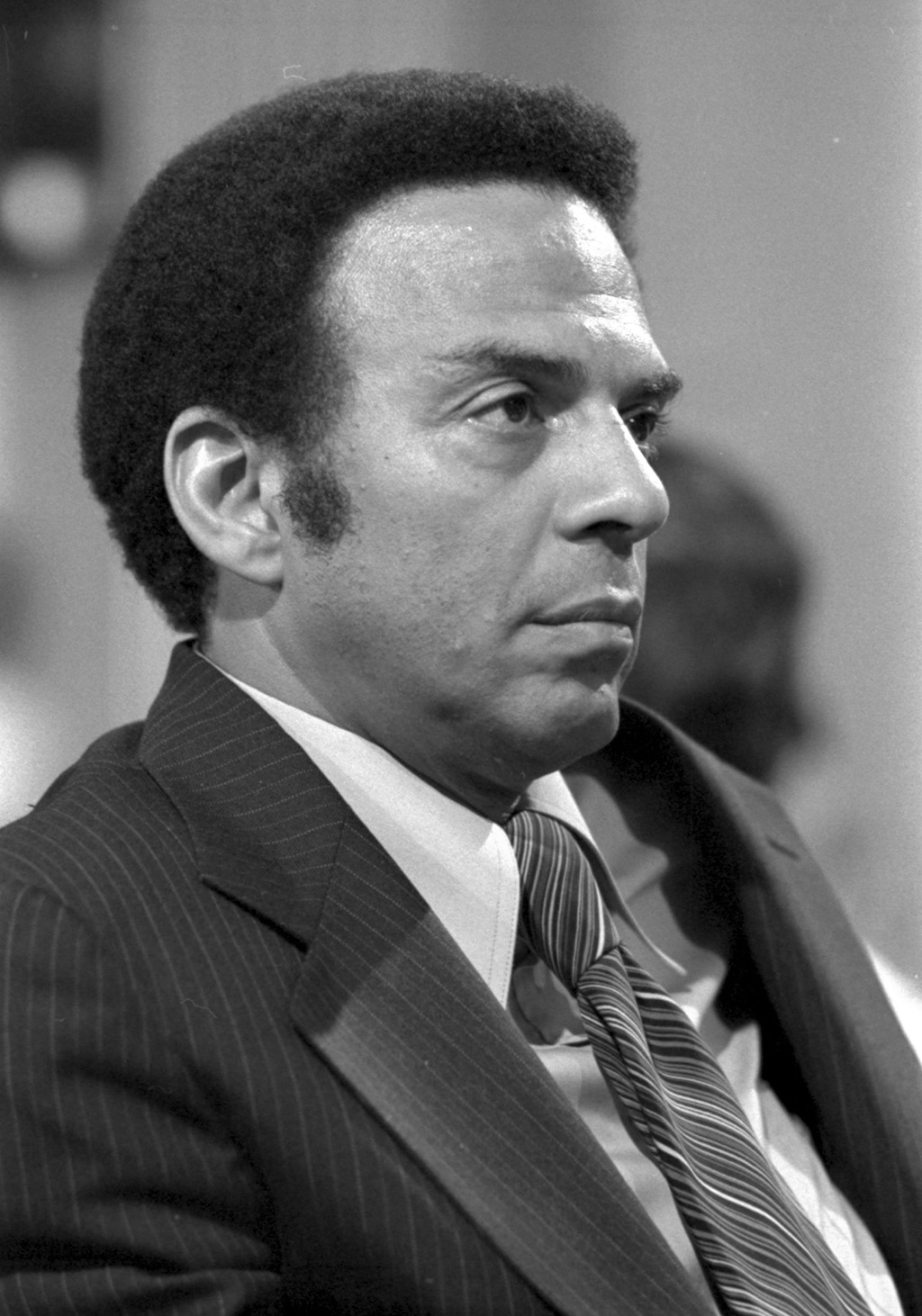 Andrew Young, Jr., came into prominence as a civil rights activist and close associate of Dr. Martin Luther King, Jr., during the modern civil rights movement in the United States.  Young worked with various organizations early in the movement, but his civil rights work was largely done with the Southern Christian Leadership Conference (SCLC) where he served as an executive director and later executive vice president.  Young served on the Board of Directors until 1972.

Young was born into a prosperous upper-middle-class family on March 12, 1932 in New Orleans, Louisiana to Daisy Fuller, a school teacher, and Andrew Jackson Young, Sr., a Howard University-educated dentist.  Young, Sr. moved the family from Franklin, Louisiana to New Orleans.  Young, Sr., believed the move was necessary to take advantage of educational opportunities for Andrew and his younger brother Walter Young (b. 1934).

Young earned a B.S. degree in Pre-Med (biology) from Howard University (1951), but chose to become a minister.  He attended Hartford Theological Seminary and graduated with a degree in divinity in 1955.  Soon afterwards he became a pastor at Bethany Congregational Church in Thomasville, Georgia.  In 1961 Young resigned his pastoral position and joined the Southern Christian Leadership Conference (SCLC), which had been founded in Atlanta by Dr. Martin Luther King, Jr. three years earlier.  Young quickly emerged as a trusted lieutenant of King and served as a principal strategist and negotiator during the Civil Rights Campaigns in Birmingham and Selma, Alabama that resulted in the passage of the Civil Rights Bill of 1964 and Voting Rights Act of 1965.

In 1972, Andrew Young became the first African American elected to the United States Congress from Georgia since Reconstruction.  Young served as a twice-re-elected Congressional Representative from the 5th district from 1973 to 1977.  After the election of fellow Georgian Jimmy Carter as President in 1976, Young was appointed by Carter to serve as the US Ambassador to the United Nations.  There, Young was a consistent critic of white minority rule in South Africa and Rhodesia (Zimbabwe).  His support for liberation movements in both nations led him to make statements critical of Great Britain and other American allies for their role in supporting the regimes.  Young was forced to resign, however, after meeting with leaders of the Palestinian Liberation Organization (PLO) in 1979, which was at that time designated a terrorist group by the United States government.

In 1981 Young was elected Mayor of Atlanta and served in this capacity until 1990 when he ran unsuccessfully for Governor of Georgia.  During his tenure as Mayor he brought the 1996 Olympic Games to Atlanta.

Young had four children with his first wife, Jean Childs Young, who passed in 1994.  Young married Carolyn McClain Young in 1996.  A member of Alpha Phi Alpha and Sigma Pi Phi fraternities, he heads the Andrew Young Foundation and teaches in the Andrew Young School of Policy Studies at Georgia State University in Atlanta.  He is also a managing partner of GoodWorks International, LLC, a consulting firm specializing in market access and political risk analysis.  At GoodWorks, Young continues to advocate for African political and economic self-sufficiency.

Andrew Young has published and edited several books.  He has been awarded numerous distinctions, citations, and honorary degrees, including the American Medal of Freedom and the French Legion d’ Honnuer.