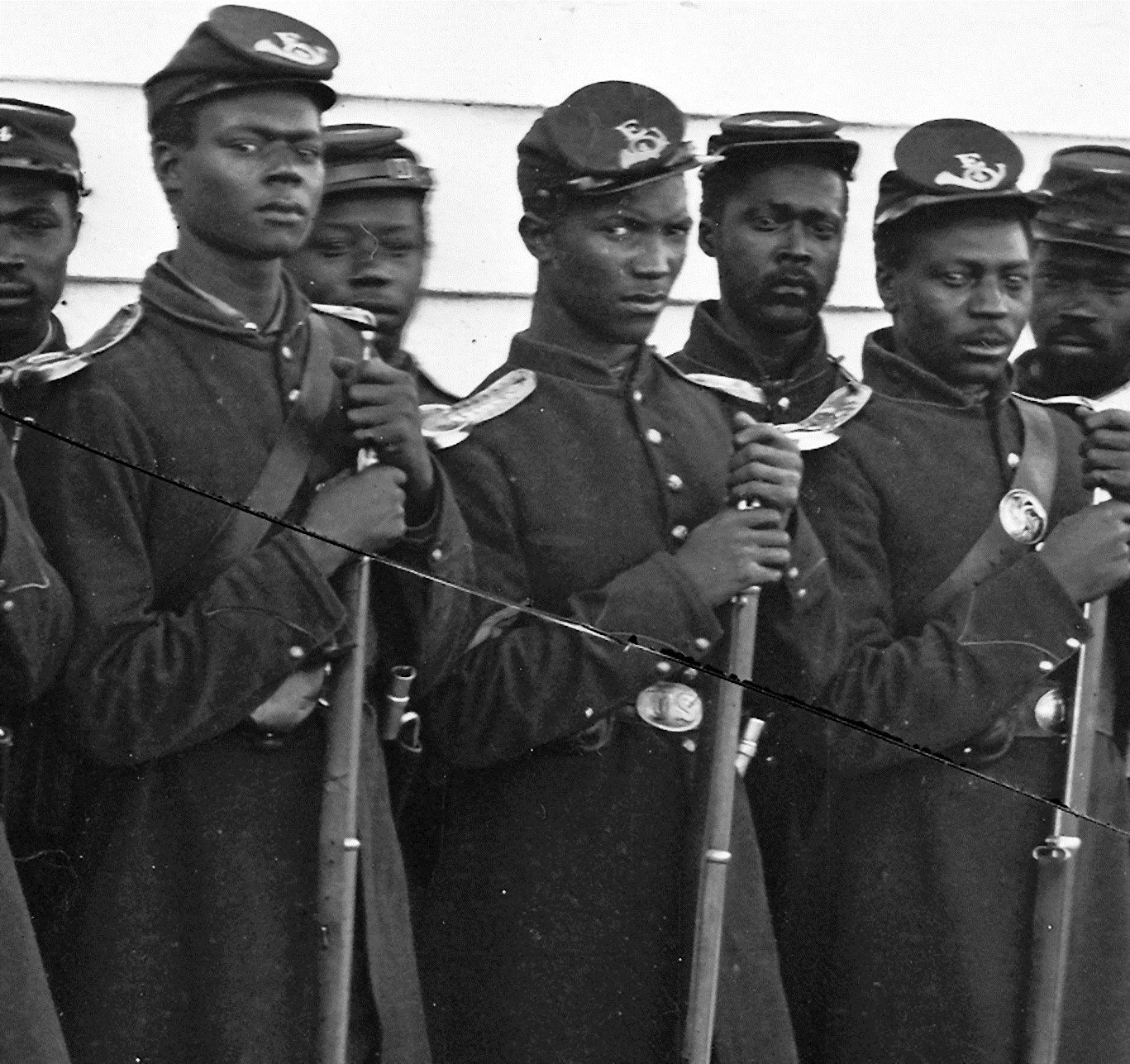 The XXV Corps was the single largest African American unit of the Union Army during the American Civil War. It was also the only all-black Army corps in United States military history.

On December 3, 1864, two United States Troop units, the X Corps and the XVIII Corps, were reorganized to form two racially segregated units. The white units became the XXIV Corps, and the Black units became the XXV Corps. Division unit leaders of the new XXV Corps were General A. Kautz (1st division), General William Birney (2nd division), and General Charles Paine (3rd division), with Major General Godfrey Weitzel in command of the entire corps. The XXV Corps numbered 13,630 troops including infantry, cavalry, and artillery units. Its white officers led black enlisted men. The significance of this reorganization is reflected in the fact that two corps at that time comprised an entire U.S. Army in the Civil War.

The XXV Corps participated in its first combat, the Battle of Hatcher’s Run, February 5–7, 1865. The unit was also present at the Fall of Petersburg on April 2, in the trenches relieving other Union troops. Most of the unit then occupied Petersburg, while two brigades joined in the pursuit of General Robert E. Lee’s rapidly dwindling Confederate forces at the Battle of Clover Hill on April 9. At times, the men marched thirty miles in less than twenty hours to get to the battlefield. The Battle of Clover Hill was the last significant engagement between Union and Confederate forces in Virginia.

Union forces under the overall command of General Ulysses S. Grant intensified their pursuit of the remaining Confederate troops. Units of the XXV Corps joined in the pursuit and along with the all-white XXIV Corps, surrounded Lee’s Army at Appomattox Court House. General Lee had no choice but to surrender on the afternoon of April 9. Meanwhile, General Kautz’s 1st division accompanied General Weitzel to Richmond.  On April 3, units of the XXV Corps were among the first to enter the city that for the past four years been the capital of the Confederacy. Thus Black troops of the XXV Corps were present at the two major events that signaled the collapse of the Confederacy and the end of the Civil War.

By May 1865, the entire XXV Corps, led by General Weitzel, was transferred to Brownsville, Texas.  They became the Army of Occupation along the Texas-Mexico border, guarding against Napoleon III’s French troops as well as watching for any resurgent Confederate activity. Although some XXV Corps joined Benito Juarez’s Mexican forces to fight directly against the French, the vast majority remained on the U.S. side of the Rio Grande River.  The overall assignment along the border led to the deaths of hundreds of soldiers from disease. The XXV Corps was disbanded on January 8, 1866.