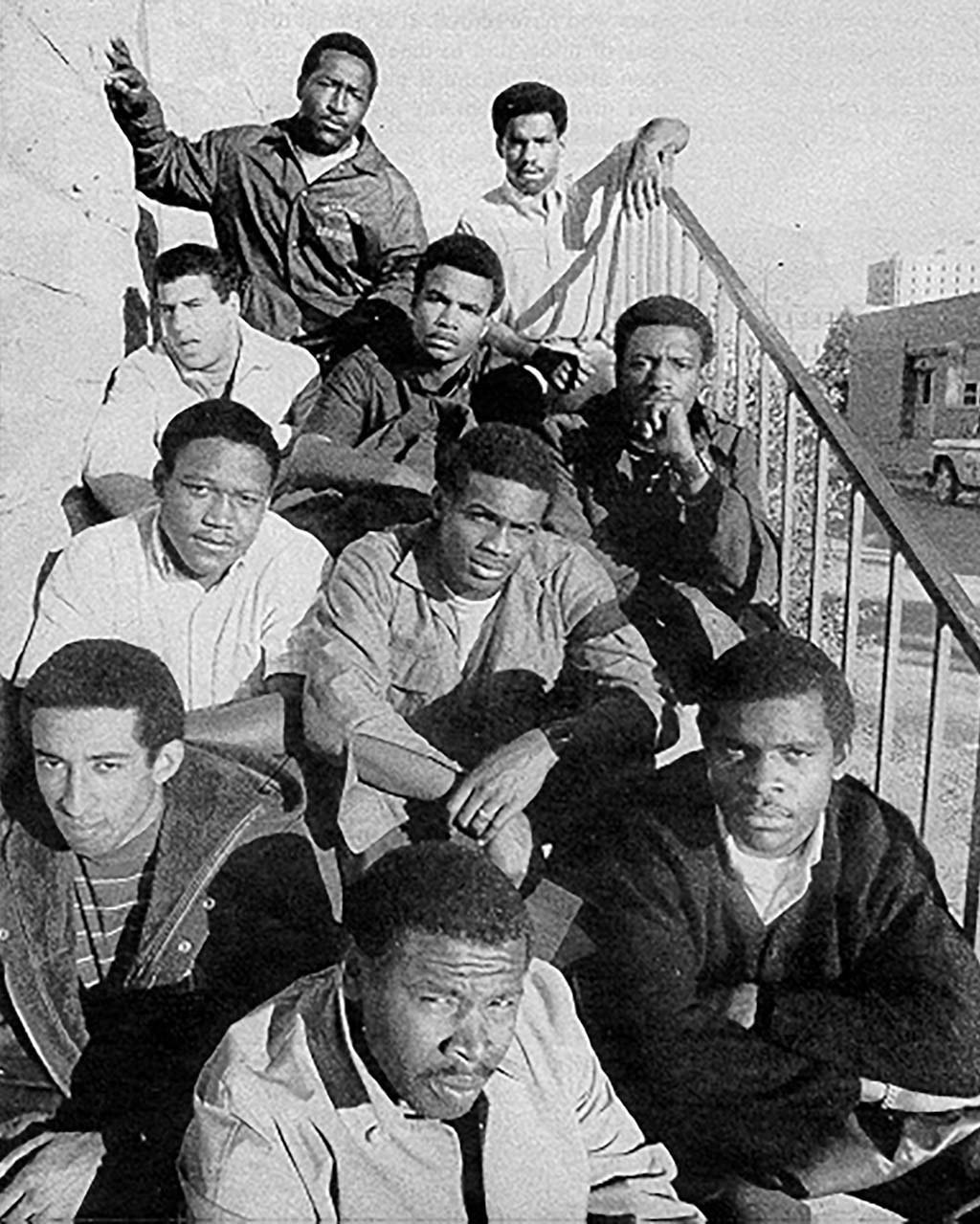 Ten members of the Black 14, University of Wyoming, Fall 1969
Fair use image

The Wyoming Black Fourteen were African American members of the 1969 University of Wyoming (UW) football team who protested playing a game with Brigham Young University (BYU) because of the Church of Jesus Christ of Latter-day Saints’s ban on black men holding the priesthood in the church, and other racial restrictions. The priesthood ban applied exclusively to men of African descent.

The protest began on October 15, 1969 when Willie Black, a 32-year-old math graduate student and head of Wyoming’s Black Student Alliance, upon learning of the LDS ban on black male priests, brought a letter titled “We Must Protest,” to university administrators. The letter described the race issues of the Mormon church, including the priesthood restriction and other prohibitions, such as barring all women and men of African ancestry from participation in temple rituals.  Black’s letter called for all Wyoming football players and students to protest LDS church policies during the scheduled game with BYU, three days later on October 18.

Two days before the game, the fourteen black players walked to the athletic complex to discuss options for how they might protest. They eventually decided to wear black armbands but nonetheless compete in the game. On October 17, the day before the game, Coach Eaton ordered the players to the bleachers where he reprimanded them and then released them from the team, revoking their athletic scholarships. The university announced that the Board of Trustees supported Coach Eaton’s decision and said “the players will not play in today’s game or any [other] during the balance of the season.”  Having dismissed all the black players, the Cowboys became an all-white team. They went on to beat BYU, 40-7; they won two more games but lost four of the remaining games in the season.

The dismissal of the fourteen players brought swift, unwanted local and national attention to the University.  First, the UW Student Senate passed a resolution which said in part, “The actions of coach Eaton and the Board of Trustees were not only uncompromising, but unjust and totally wrong.”  By the end of October, the UW College of Arts and Sciences, the largest college on campus, voted to support the student athletes.  The major networks, ABC, CBS, and NBC all covered the story, as did Sports Illustrated.

In response to the Black Fourteen being expelled from the team, a number of athletes of all races wore black armbands in support including the entire San Jose (California) State Team that lost to the Cowboys in their last season game.  The protest of the Fourteen eventually sparked nationwide focus on LDS church practices and other protests by student athletes. Students at the campuses of almost every BYU opponent protested at the games, regardless of the sport, and called on their institutions to ban contests with BYU athletic teams. Stanford University president Kenneth Pitzer announced that his institution would no longer participate in athletic contests against Brigham Young University, and the University of Washington Faculty Senate voted to sever all ties with BYU athletics.

Despite their dismissal, several of the fourteen players received college degrees from Wyoming and other institutions.  Jerry Berry, one of the Fourteen, became a sports anchor for TV stations in Tulsa, Oklahoma, Chicago, Illinois, and Detroit, Michigan. In 2002, a statue to the Fourteen was erected in the Student Union on the University of Wyoming campus.  In 2009, the 40th anniversary of the Black Fourteen, the LDS Institute at the University of Wyoming made black arm bands in tribute to the events of 1969 and handed them out to all in attendance.