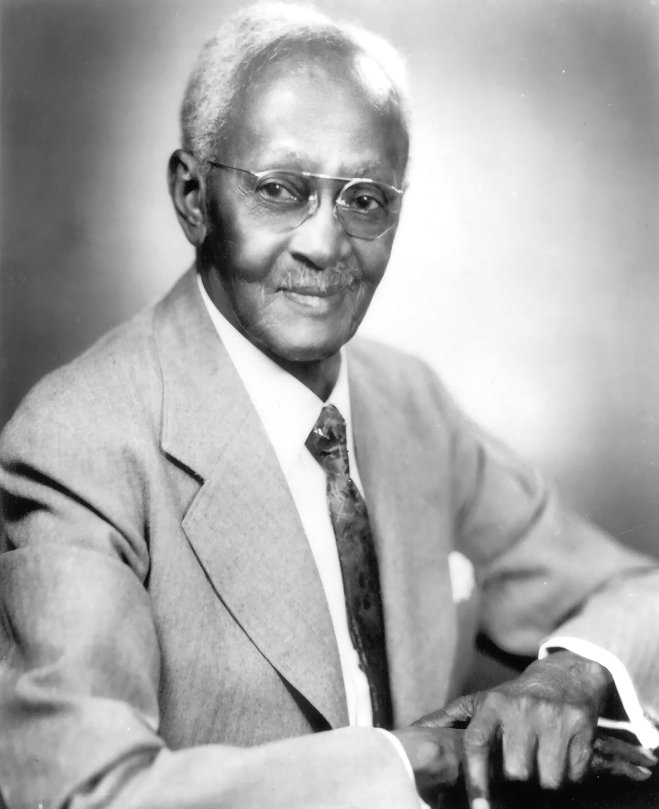 Richard Robert Wright Sr., college founder and banker, was born into slavery on May 16, 1855, near Dalton, Georgia. After the Civil War ended Wright’s mother moved with her son to Atlanta, Georgia where he attended the Storrs School, an institution founded by the American Missionary Association (AMA) to educate the children of the freedpeople.  Storrs was the forerunner of Atlanta University.  When retired Union General Oliver Otis Howard visited the school in 1868 and asked the students what message he should take to the North, Wright replied with the words, “Sir, tell them we are rising.”

In 1876, Wright was named valedictorian at Atlanta University’s first commencement ceremony. He would study at a number of other institutions over his lifetime including Harvard, Columbia, the University of Chicago, Oxford University, and the University of Pennsylvania. Also in 1876 Wright married Lydia Elizabeth Howard of Columbus, Georgia.  The couple had nine children.

In 1891 Wright founded the Georgia State Industrial College for Colored Youth in Savannah, Georgia.  It is now known as Savannah State University.  He served as its first president from 1891 to 1921.  Wright developed a curriculum at Georgia State Industrial College that included elements of the classical liberal arts and vocational education.   Wright’s balanced approach to black higher education engendered considerable support and brought diverse lecturers to the campus including Booker T. Washington, Mary McLeod Bethune, and Mary Church Terrell.  U.S. Presidents William McKinley and William Howard Taft also visited the campus.  By the end of Wright’s presidency in 1921, Wright was considered an important leader in higher education for blacks. By the end of Wright’s tenure, the college had grown to over 400 students in contrast to the eight students who entered in 1891.

On December 18, 1896, Wright became a founding member of the American Negro Academy, the leading organization of African American intellectuals at that time.  He remained a member until the organization’s demise in 1928.

In 1921 Wright at the age of 67 retired from the Presidency of Georgia State Industrial College and moved to Philadelphia to open a bank.   After taking classes at the Wharton School of Business at the University of Pennsylvania, he founded Philadelphia’s Citizens and Southern Bank and Trust Company.  At that time it was the only African American owned bank in the North and the first African American Trust Company.  In 1927 Wright and Durham, North Carolina banker C.C. Spaulding formed the National Bankers Association, the first organization of black-owned banks in the U.S.   Wright’s bank survived the Great Depression and continued to grow slowly.  In 1957 it had assets of $5.5 million when it was sold to a group of African American investors.

Wright, in his eighties, also led the effort to create National Freedom Day, to commemorate President Abraham Lincoln signing the 13th Amendment on February 1, 1865.  As he argued, it was this measure rather than the Emancipation Proclamation which freed all American slaves.   One year after his death, both houses of the U.S. Congress passed a bill to make February 1 National Freedom Day.  The measure was signed into law by President Truman on 1948 and helped give impetus to national recognition for Black History Week and Black History Month.