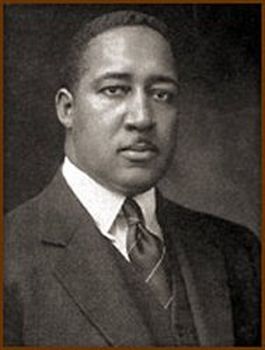 John Wesley Work III, internationally acclaimed composer, educator, choral director, and ethnomusicologist, was born in 1901 in Tullahoma, Tennessee to musicians John Work, Jr., and Agnes Haynes. Both of Work’s parents were employed at Fisk University, his father as a professor of music and his mother with the Fisk Jubilee Singers.  His grandfather, John Wesley Work, a choir director for Nashville churches, wrote and arranged music for the original Fisk Jubilee Singers in the 1870s.

Work received his Bachelor of Arts degree in 1923 from Fisk University.  In 1927 he studied at the Institute of Musical Art (now the Julliard School of Music)and three years later he earned a Master of Arts degree from Columbia University, writing his thesis on African American songs. Work would pursue additional research on that subject for the rest of his life. In 1933 he received a Bachelor of Music degree from Yale University with the help of two consecutive Julius Rosenwald Foundation Fellowships. Work never completed a Ph.D. although in 1963 he received an honorary doctorate from Fisk University.

Beginning in 1927, Work taught music at Fisk University, initiating a career that that ended with his retirement in 1966. During his thirty-nine years at Fisk he would be the director of numerous choral groups, the principal professor of African American music and for a time, the Music Department Chairman.

Work wrote a number of articles and books on the subject of African American music, beginning with the publication of his Master’s thesis which appeared in 1940 as American Negro Songs and Spirituals; A Comprehensive Collection of 230 Folk Songs, Religious and Secular. Over a period of thirty years his work would appear in numerous academic journals and dictionaries.

One of his most notable endeavors took place during the summers of 1941 and 1942. He and two of his colleagues at Fisk, Charles S. Johnson and Lewis Jones, set out to document the African American folk culture in the Mississippi Delta region. This project, in collaboration with the Archive of American Folk Song in the Library of Congress, would document and add the songs of this region to the national archive.  During this study Work recorded numerous blues musicians including the singer Muddy Waters who had not yet achieved national fame, for the Library of Congress collection.

Although Work appreciated the folk and blues music heritage of the South, he was internationally known for his compositions. Work, who started composing while still in high school, wrote over one hundred pieces in his lifetime, including selections for full orchestra, piano, chamber ensemble, violin, and organ. The majority of his writing, however, was for choral and solo performance.