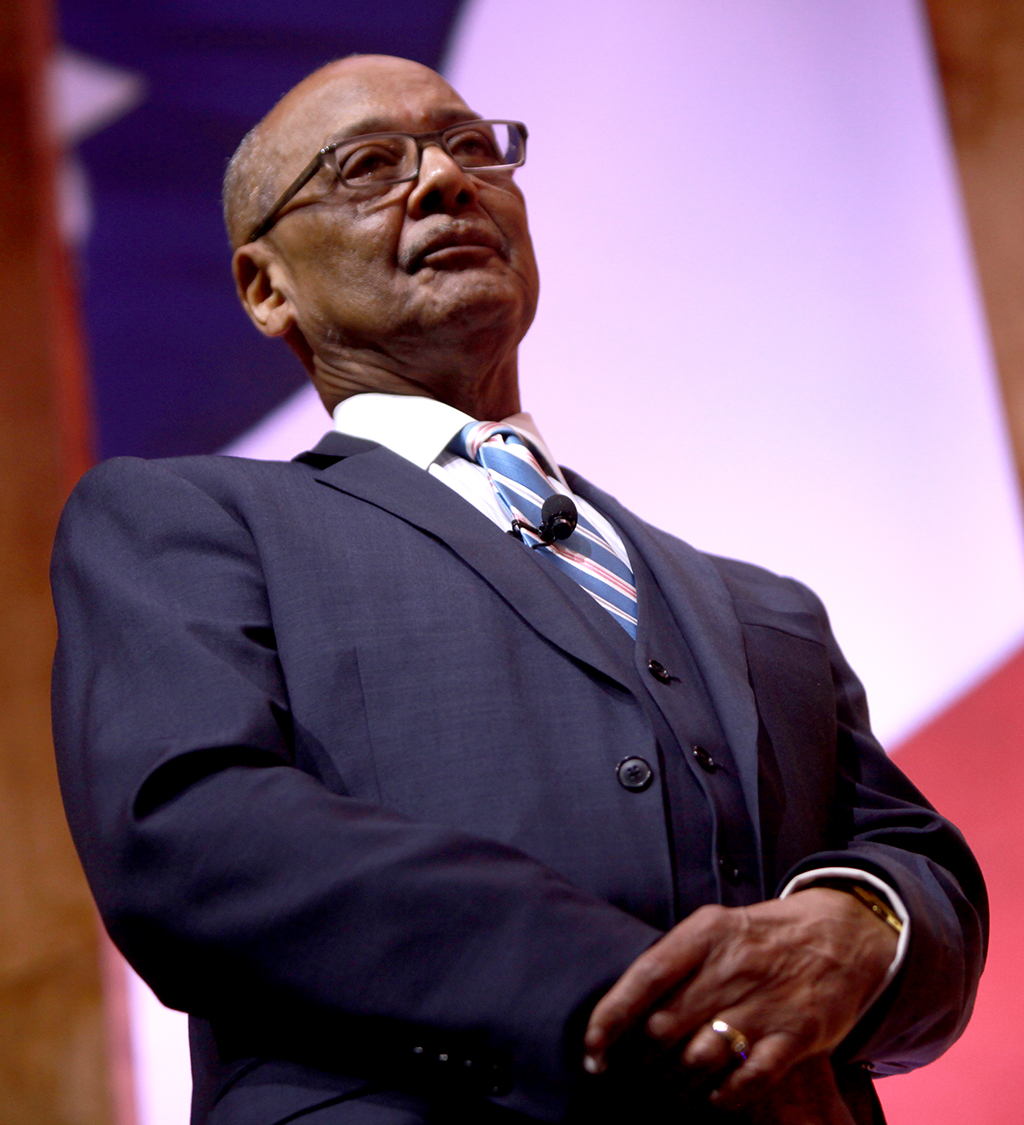 Born into poverty on April 8, 1937, in South Philadelphia, Pennsylvania, Robert L. Woodson Sr. is often described as the “godfather” of the movement to empower community-based organizations to help themselves. Widely known as a leading black conservative, Woodson rose from liberal-oriented neighborhood civil rights activism in the 1960s to coordinating national community development programs in the 1970s.

From 1971 to 1973, Woodson headed the National Urban League’s Administration of Justice Division, followed by the Neighborhood Revitalization Project from 1973 to 1976, and had a fellowship with the American Enterprise Institute (1976–1981). Along the way, he gradually embraced conservative approaches to combating crime and poverty.

In 1981, Woodson founded the National Center for Neighborhood Enterprise (NCNE). The name was shortened in 2006 to Center for Neighborhood Enterprise (CNE), and he currently serves as its president. CNE was created to assist low-income neighborhoods address their development and advocacy problems through “self-help” rather than traditional governmental assistance. His programs have helped more than two thousand six hundred community groups in thirty-nine states. CNE’s approach reduced gang wars and increased opportunities for resident ownership of former public housing units.

Woodson’s community-based initiatives became the national model for helping gang members and at-risk youth escape the life of crime and violence by creating Violence-Free Zones. The “zones” were based on the idea that an absence of parental involvement and guidance was at the core of youth violence in high-crime communities. Woodson and his supporters used mentoring and social development strategies to curb neighborhood turmoil. Independent evaluations credited these initiatives with significant reductions in school absences, incidents of violence, and police arrests. As a result of his national success, Woodson has advised the 104th Congress of the United States, the Pennsylvania Legislature, and the Wisconsin Assembly on poverty and welfare reform.

Woodson views his own life’s experiences as the basis for his self-help model. One of five children of a single mother, Woodson, at nine, saw his best friend stabbed to death on the steps of their junior high school in Northeast Philadelphia. Later, at seventeen, alienated from his mother and performing poorly in school but determined not to join a gang, he dropped out of high school in 1954 and joined the U.S. Air Force. He later earned his high school-equivalent, General Equivalency Diploma (G.E.D.) and then enrolled in Cheyney State University in Cheyney, Pennsylvania, where he majored in mathematics and graduated with a bachelor in science in 1962. Woodson earned a Master’s of Social Work (1965) from the University of Pennsylvania and now holds honorary doctorates from Colorado Christian University and the University of Cincinnati in Ohio. He has received a John D. and Catherine T. MacArthur “Genius” Fellowship and the Lynde and Harry Bradley Foundation Prize. In 2008, he was awarded the Presidential Citizens Medal for his compassionate leadership.

Woodson has authored hundreds of articles on poverty and empowerment as well as several books, including A Summons to Life: Mediating Structures and the Prevention of Youth Crime (1981). He sits on the boards of the American Association of Enterprise Zones, the Commission on National and Community Service, and the Commonwealth Foundation. Woodson and his wife, Ellen, live in Silver Spring, Maryland. They have four children: three sons, Robert Jr. (deceased, 2003), Jamal, and Ralph, and one daughter, Tanya.

Jason L. Riley, “A Black Conservative’s War on Poverty,” The Wall
Street Journal
(April 2014); Robert Woodson, The Triumphs of Joseph: How
Today’s Community Healers Are Reviving Our Streets and Neighborhoods