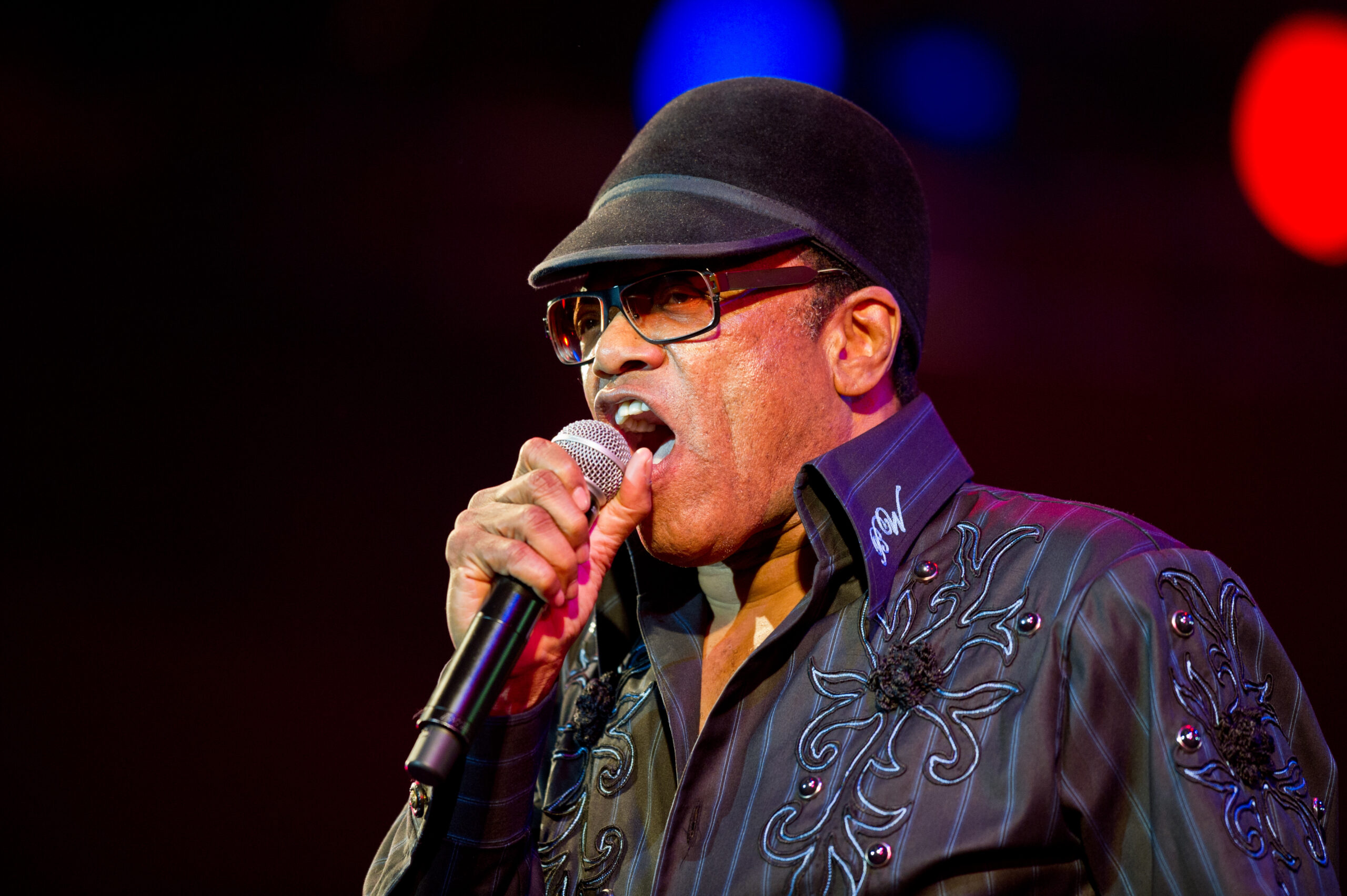 Bobby Womack, American musician and soul singer, was born on March 4, 1944, to Friendly and Naomi Womack in Cleveland, Ohio. Bobby was the middle child of five siblings who were all boys: Friendly Jr., Curtis, Bobby, Harry, and Cecil. Bobby started playing with his father’s guitar at a young age and taught himself how to play. Womack and his four brothers began performing gospel music at local religious events under the name the Womack Brothers and in 1956 their father got them opening spots for the Soul Stirrers. Their mentor became Sam Cooke, the lead singer of the Soul Stirrers, and he helped them go on tour.

The Womack Brothers continued gospel music until 1961 when they changed to soul following Sam Cooke’s lead. Renaming their group The Valentinos, they signed to Cooke’s record label SAR. Trouble struck in December 1964 when Sam Cooke was gunned down at the Hacienda Motel in Los Angeles by Bertha Franklin, the motel manager. The killing was ruled justified homicide and SAR records shut down. The Valentinos broke up shortly after that. Womack began a relationship with Barbara Campbell, Sam Cooke’s widow, and the couple got married three months after the funeral. This made Womack a controversial figure in the music world, and after a couple of solo singles, he was unable to get a record deal. In 1965 Womack moved to Memphis and began working at American Studios. There he played and wrote music for musicians like Wilson Pickett, Ray Charles, Aretha Franklin, and Dusty Springfield and had a few solo hits toward the end of the decade like “Fly Me to the Moon.”

Womack’s marriage to Barbara ended in 1970 after she discovered him in bed with Linda, her teenage daughter and Womack’s stepdaughter. Womack was grazed in the temple after Barbara shot at him upon finding out about the affair. They divorced soon afterward. Womack and Barbara had a son, Vincent, who committed suicide at the age of twenty-one in 1986.

Womack returned to Los Angeles and revived his career. He worked with Janis Joplin on Pearl, her last album, and they became close friends. Womack released his three most successful R&B albums during this time: Communication in 1971, Understanding in 1972, and Facts of Life in 1973. Womack married Regina Banks in 1976, although that marriage ended in divorce. The couple had three kids, Truth Bobby, Bobby Truth, and Gina. Truth Bobby died at four months old in 1978.

With funk music slowly fading into disco, Womack’s career again stalled. In the 1980s, he had a sort of revival after releasing the single “If You Think You’re Lonely Now” and two successful albums, The Poet and The Poet II. At the end of the decade, Womack went to rehab for a twenty-year cocaine addiction. He released music in the early 1990s and collaborated with younger artists like the Wu-Tang Clan. Bobby Womack was inducted into the Rock and Roll Hall of Fame in 2009. In 2013 Womack was diagnosed with Alzheimer’s disease, and he died shortly afterward in his California home on June 27, 2014.  He was seventy years old.