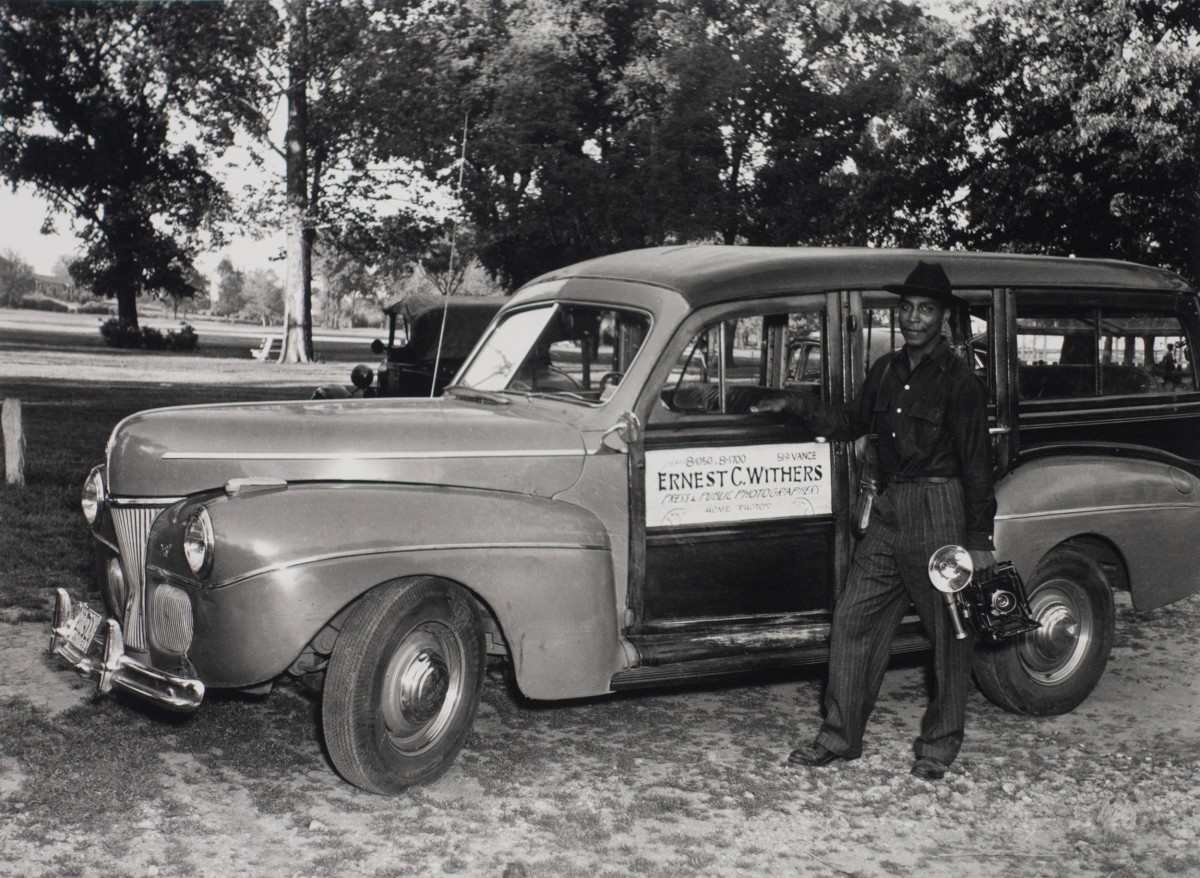 Ernest Withers, a highly accomplished photographer, was born on August 7, 1922, in Memphis, Tennessee to parents Arthur Withers, a mailman and Pearl Withers, a school teacher, both from Marshall County, Mississippi.  Mr. Withers’ collection, which spans over 60 years of the 20th century, provides a vivid account of the segregated South.  It includes team shots of the Memphis Red Sox, a team from the historic Negro Baseball League, major moments from the Civil Rights movement, and the Beale Street music scene.  His work has appeared in major publications including Time, Newsweek, and the New York Times. It has also been collected in four books: Let Us March On (1992), Pictures Tell the Story (2000), The Memphis Blues Again (2001), and Negro League Baseball (2005).

Ernest Withers’ interest in photography began in the eighth grade.  After graduating from high school in 1941, he joined the Army at 17, where he attended the Army School of Photography.  During his time in the Army, Withers ran a freelance business photographing white soldiers in Saipan, a U.S. occupied Japanese island. Shortly after his discharge, Withers returned home and bought a photography studio in Memphis with help from the GI Bill.  During this period Withers also worked for about three years as one of the first nine African-American police officers hired in Memphis.

During the late 1940s, Withers furnished publicity shots for the Memphis Red Sox. Without realizing it, Withers, with his images, documented the last years of the Negro League.  The league would soon fold after Jackie Robinson desegregated professional baseball in 1947.

During the 1950s and 1960s, Withers photographed many of the most important figures and events in the Civil Rights movement.  He traveled throughout the South with Dr. Martin Luther King Jr., James Meredith, Medgar Evers, and other leaders of the Civil Rights movement.  His now iconic images include Dr. Martin Luther King Jr. riding the first desegregated bus in Montgomery in 1956, the photos of Dr. King on the balcony of the Lorraine Hotel just before and just after he was shot in 1968, and the 1968 Memphis Sanitation Workers Strike which led to the assassination of Dr. King.

The Withers photographs also captured the history of Beale Street which by the 1940s was an epicenter for American music.  On Saturday nights he photographed musicians and their audiences.  His work documented the emergence of Rock and Roll, and Rhythm and Blues, in the 1950s as they grew from traditional blues and gospel music.  One of his best known images here was of Elvis Presley and B.B. King in 1956.

Ernest Withers passed away in Memphis on October 15, 2007 at the age of 85 from complications due to a stroke.  He was survived by his wife, Dorothy, three sons, Joshua, Andrew Jerome, and Perry, all in Memphis, and a daughter, Rosalind, in West Palm Beach, Florida.

Three years after his passing, a New York Times article revealed that Withers was briefly a paid FBI informant. He secretly provided the FBI photographs, biographical information, and scheduling details for Dr. King and other notable leaders of the civil rights movement between 1968 and 1970.