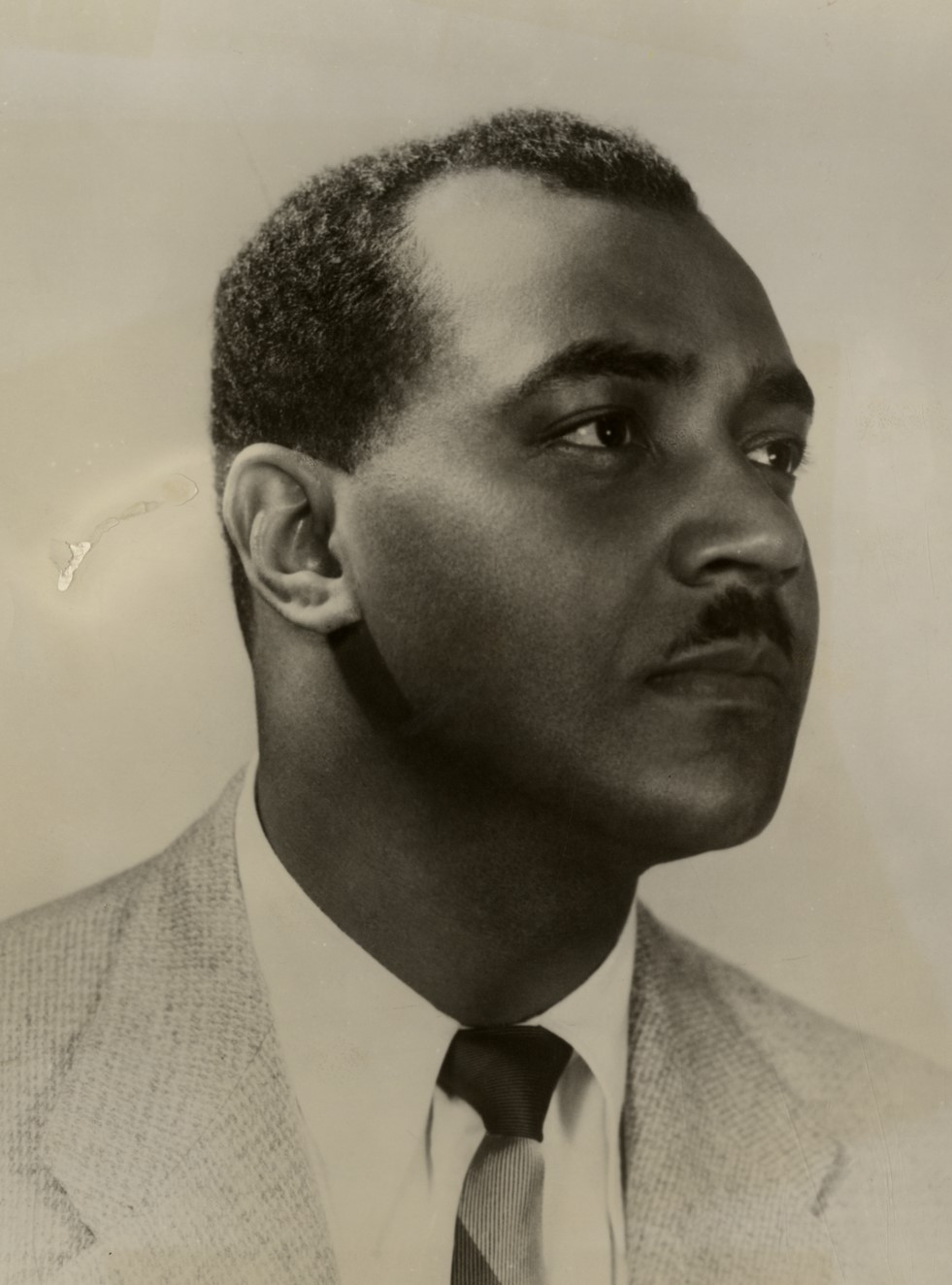 Lawrence Winters was born Lawrence Whisonant on November 12, 1915, in Kings Creek, South Carolina, one of three sons of Eliza Whisonant (née Smith) and Marion Frank Whisonant, a farmer. He took private voice lessons before entering Howard University where he was coached by the distinguished African American baritone Todd Duncan, and graduated with a degree in music in 1941. Winters was Duncan’s understudy for the role of Porgy in the 1942 Broadway revival of George Gershwin’s Porgy and Bess. During the turbulent years of World War II, he was an Army sergeant serving stateside at Fort Huachuca where his bass-baritone voice was put to good use on ceremonial occasions. In January 1943, he sang at President Franklin D. Roosevelt’s birthday ball and in June of that year married Aida B. Alston in New York City.

New opportunities opened in the post-World War II era. Winters’s first big break occurred in 1946 when he starred in the Broadway musical Call Me Mister which garnered him national acclaim. His inaugural recital at New York’s Town Hall in 1947 was eclipsed by his performances as the first black singer in the New York City Opera (NYCO) starting with Aida in 1948, followed by roles in, among others, William Grant Still’s Troubled Land, Offenbach’s The Tales of Hoffman, Bizet’s Carmen, Menotti’s Amahl and the Night Visitors, Mozart’s The Marriage of Figaro, and Puccini’s La bohème. In between NYCO engagements, he concertized in the West Indies, Central America, Brazil, and Europe where he launched his international tours in Berlin in 1949 and joined the Royal Swedish Opera in 1950. One reporter recalled: “Winters was a tall, handsome man who strode impressively across the operatic and Broadway stages…. (He) received widespread acclaim from music critics and thunderous ovations from his audiences.” A Swiss critic observed: “To a German-speaking singer, who struggles with difficulties of declamation and other imperfections, one could not recommend a better model than this Negro baritone, who feels so much at home with Schubert, Brahms and Wolf as if he had never known another fatherland.”

During the 1950s, Winters appeared on German television and then returned to the United States to perform with the San Francisco Opera and the New York Philharmonic. In 1957 with his appointment as a principal baritone with the Berlin Opera (Deutsche Oper Berlin), and in 1961 as the leading baritone with the Hamburg State Opera Company (Hamburgische Staatsoper Unternehmen), Winters acquired the reputation of an American expatriate based in Germany.

Long remembered in this country for his show-stopping rendition of “Ole Man River” from the musical Show Boat, perhaps least publicized of Winters’s accomplishments is that he was nominated for a Tony Award for his 1960 dramatic role in the Broadway play The Long Dream, inspired by a novel by Richard Wright. The boy who first sang in a rural black church in the segregated South grew up to concertize in Europe, the Caribbean, Central America, from coast to coast in the United States, and was the most internationally celebrated black male opera singer of his era.

Winters’s death from cancer at just age forty-nine on September 24, 1965, came as a shock to his many admirers. Survived by his wife and two sons, Oliver and Frank, following funeral services at the English Church in Hamburg, he was buried in the city’s Ohlsdorf Cemetery.