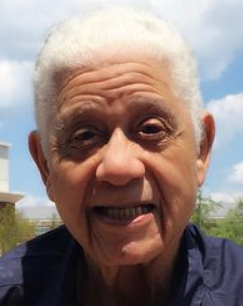 In 1944 at the age of 19, Wilson enrolled at all-black Kentucky State University where he eventually received his B.A. His time at Kentucky State was interrupted, however, by a two-year period in the U.S. Navy from 1945 to 1947.  While at Kentucky State, Wilson was an honor student as well as a star athlete in basketball, football, baseball, and track.

In the early 1950s, he received his master’s degree and his D.H.S. in Health Science and Administration from Indiana University. From 1948 to 1964, Dr. Wilson worked at Jackson State College (now Jackson State University) where he served as a professor, an administrator, and a basketball coach.

From 1951 to 1964, he was the head basketball coach at Jackson State, and is considered to be the architect of modern basketball at that institution. His 371-93 career record ranks him first on Jackson State University’s all-time wins list. He never had a losing season in his 13 years at the helm of the Tigers’ program and led two of his teams to 29 win seasons in 1955 and 1963; the latter team won the Southwestern Athletic Conference Championship.

His successful tenure at Norfolk spanned 22 years, from 1975 to 1997. In 1975, when he arrived at NSU, the institution offered four graduate programs which enrolled 191 students. In 1997, there were 14 master’s programs and one doctoral program enrolling 1,110 students. Under his leadership, the university expanded to 9 schools and 29 departments, and total student enrollment grew from 6,700 students to 8,100 students at a time when many Historically Black Colleges and Universities (HBCUs) saw declining enrollments.

During Wilson’s time at NSU, the Naval Reserve Officers Training Corps (NROTC) produced the second largest number of African American naval officers in the nation, surpassed only by the U.S. Naval Academy. NSU also graduated more African American teachers than any other university in the nation during his tenure.

Dr. Wilson was responsible for raising Norfolk State University’s annual budget from $14 million to $86 million. The university also added 14 new buildings and acquired 51 acres of land during his tenure. Because of his success, the NSU administrative building was named in his honor in 1997. Dr. Wilson was honored by Old Dominion University as one of their Strong Men and Women Excellence in Leadership series shortly after retiring from NSU in 1997.

Dr. Wilson married Anna Wilson, and the couple had four sons. His wife died in 1967, and Wilson later married Dr. Lucy Cutliff, with whom he had one daughter. Dr. Wilson passed away due to complications from dementia on July 28, 2019. He was 94 years old. He is survived by his daughter April Woodard and his wife, Dr. Lucy Wilson.