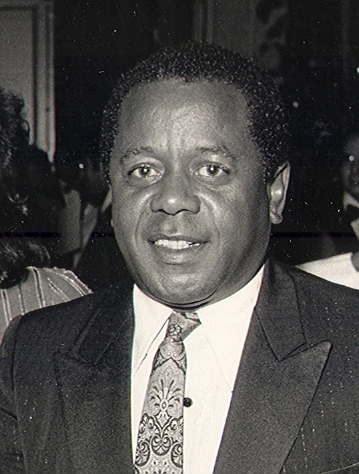 Flip Wilson was the first African American to host a hit variety series on television.   The Flip Wilson Show aired from 1970 to 1974 and in addition to high ratings, Wilson won two Emmy Awards, one was for Outstanding Variety Series and the other for Outstanding Writing Achievement.  He also won the Golden Globe Award.  The Flip Wilson Show was the second highest rated show of the 1970-71 season topped only by the controversial but popular All in the Family sitcom.  Unusual for the time, Wilson was also part owner of his show.

Wilson played numerous characters but he is remembered primarily for his controversial portrayal of the sassy Geraldine.  Wilson, following the lead of comedians Milton Berle and Jonathan Winters who had also done characters in falsetto voice, developed Geraldine.  Wilson’s production team suggested he dress up as a woman.  He consented but insisted that Geraldine would be well-coiffed, well-dressed, and would demand respect.  Other characters include Rev. Leroy of the Church of What’s Happening Now and Freddy, the Playboy.

The biggest names in show business guest starred on the show including Lucille Ball, Lena Horne, Muhammad Ali, Ray Charles, The Temptations, The Jackson Five, B.B. King, Bing Crosby, and Bill Cosby were among them.  Said Producer Henry, “The show was so hot, celebrities asked to be on as guests.”

Flip Wilson was born Clerow Wilson in Jersey City, New Jersey on December 8, 1933. His start in comedy began when he was an elementary school pupil.  Wilson dropped out of school in the 8th grade, lied about his age, and joined the Air Force. Stationed on Guam, he entertained fellow airmen who gave him the nickname Flip, which stuck.

After his discharge from the service in San Francisco, Wilson first worked as a hotel bellboy while writing and performing comedy acts in small clubs.  He eventually went on the road and headlined at the Apollo Theatre in Harlem.

Soon afterwards talk show host Johnny Carson invited Wilson to guest on The Tonight Show. Eventually he made numerous appearances and hosted the show when Carson was on vacation.  Wilson also appeared on The Ed Sullivan Show,  Rowan and Martin’s Laugh-In, and other variety shows and specials of the period.

Wilson also starred in the short-lived 1986 sitcom Charlie & Company co-starring Gladys Knight and Jaleel White and the 1990 drama special Zora Is My Name which centered on the literary works of Zora Neale Hurston.  His film credits included Uptown Saturday Night (1974) and The Fish That Saved Pittsburgh (1979.

Wilson made guest appearances in the television series, Living Single (1993) and The Drew Carey Show (1996).  Thanks to wise investments, he spent his time traveling, hot-air ballooning, and riding motorcycles.  He also provided considerable financial support in his will for journalism scholarships at Howard University, California State University, Northridge, Wayne State University, Rutgers University and the University of Washington.  Clerow “Flip” Wilson died of liver cancer at his home in Malibu, California on November 25, 1998.