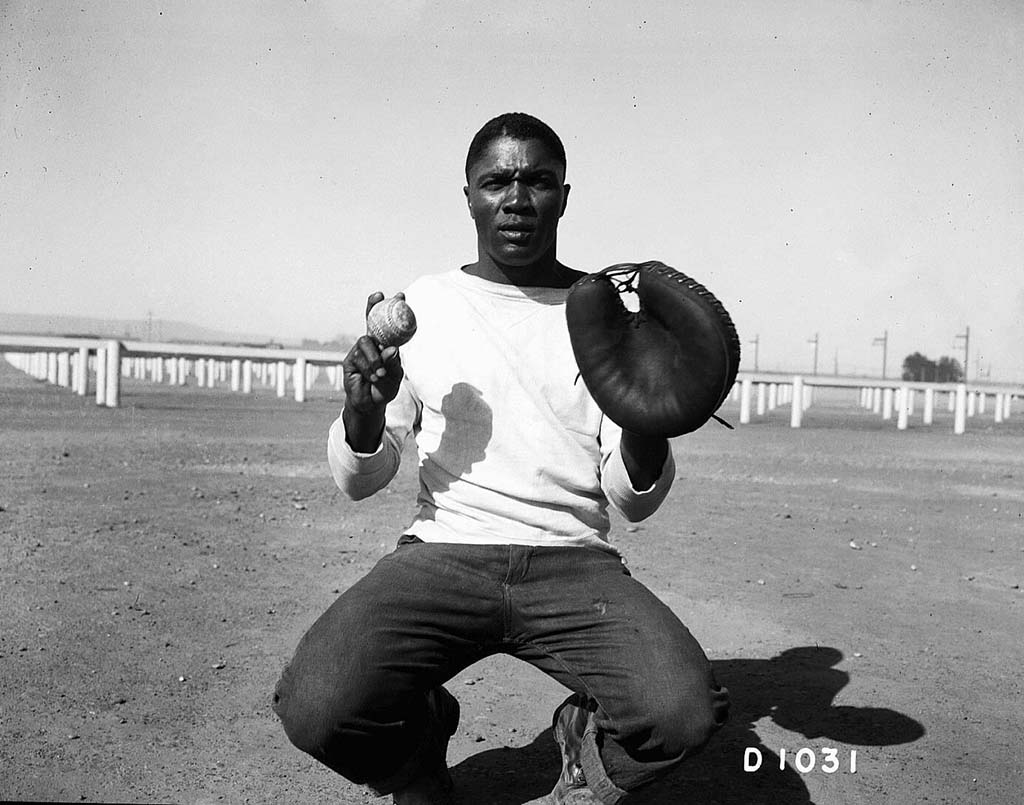 Wilson Alexander, Sr. was the third of seven children born on in 1919 to Charles and Pearl Alexander of St. Mary Parish, Louisiana.

Alexander grew up in a a tight-knit community of sugar plantation sharecroppers in southern Louisiana. On July 24, 1942, he was drafted and assigned to the United States Marine Corps. Only one month earlier (June 1942) the Corps enlisted its first African American. After serving in standard roles as a Marine enlistee, Alexander was sent to the secretive Hanford Nuclear Reservation in eastern Washington in winter 1944.

Built almost overnight, the Hanford facility immediately attracted 51,000 private and public contractors who worked and lived on the remote desert military base or in nearby Richland, Kennewick, and Pasco, Washington (the Tri-Cities) including an estimated 6,000 African Americans. Most residents were unaware of their important mission, the development of the atomic bomb.

To keep idle soldiers from self-destructive behavior, camp commanders formed a Sunday baseball league. Alexander had briefly played professional baseball with Chicago Brown Giants beginning in 1939 but his career was cut short by US entry into World War II. In 1944 he became the 24-year old player/ manager of the Hanford Eagles, the lone African American team in the eight-team Hanford Baseball League.

Alexander soon became the clubhouse leader known skilled batting and sportsmanship. In the mold of great slugging catchers such as Josh Gibson, he was second overall in the HBL with a .397 batting average (28 for 71), and one of only three players to hit a homer over the 420-foot centerfield fence at Hanford Field.

After a slow 5-5 start to the first half of their season, Alexander found an ace pitcher with Elmer “Fireman” Hester. They immediately improved. The Hanford Eagles carried away second half honors with a perfect 7-0 record.

The HBL Championship was decided by a best of three series between the first half pennant winners, Crane & Rigging contractors, and the second-half champions, the Hanford Eagles. Nearly 5,000 fans packed the park for the Sunday doubleheader. In Game One, the Eagles defeated C&R, 6-4. In Game Two, C&R cruised to an easy 10-5 victory.

The split necessitated a decisive Game Three, an eagerly anticipated match that took place on October 8, 1944 before 3,000 fans who witnessed a 7-1 Eagles victory. Ironically all of the players and the fans continued their “day jobs” helping to develop the atomic bomb. Because of government restrictions we don’t know Wilson’s day job at Hanford, but for twenty games in one season the Hanford Eagles, led by Wilson “Ducktail” Anderson, proved to be the best team in the Hanford Baseball League.

By the next spring Victory in Europe was achieved and on August 14th the Japanese surrendered after two atomic bombs partly produced at Hanford fell on Hiroshima and Nagasaki. Soon after Alexander was discharged from the Marines. After his military service he briefly returned to St. Mary Parish (1946-50) but did not seek a further career on a professional baseball diamond. He and his wife moved to Port Arthur, Texas in 1950 where he worked for Gulfport Shipyard for the next 28 years. Married during World War II probably at Hanford, they had two children, Gary and Wilson, Jr., and enjoyed 62 years together. Wilson Alexander Sr. died on July 5, 2004, believed to be at the age of 85, in Port Arthur, Texas.