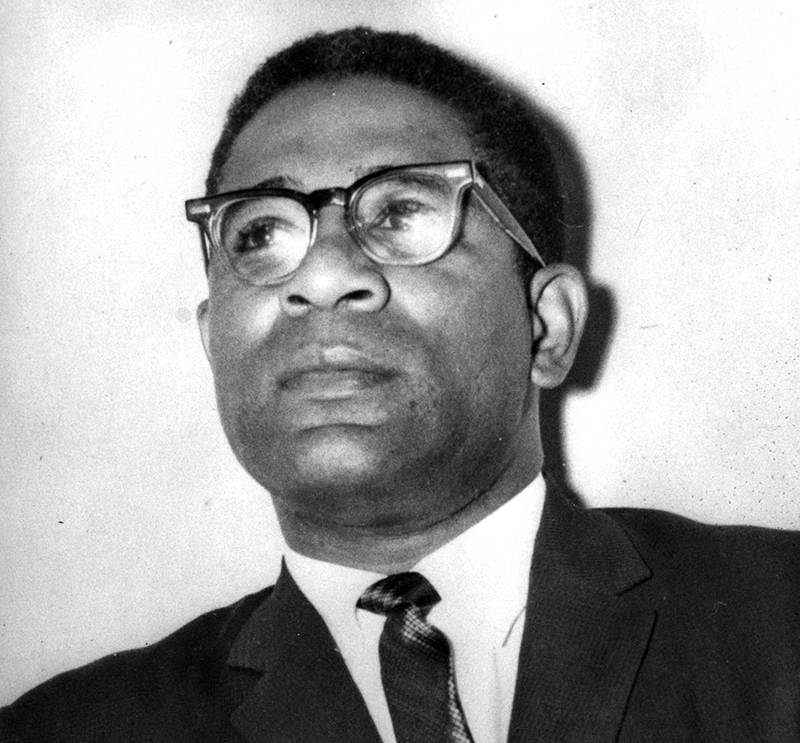 Reverend Gayraud Stephen Wilmore was an American pastor, educator, historian, and theologian.  Born on December 20, 1921 in Philadelphia, Pennsylvania, Wilmore attended Central High School where he was active in the drama club, wrote for the student newspaper and, for a time, was a member of the Young Communist League. He attended Lincoln University until he was drafted into the Army during World War II, where he served in the all black 92nd Infantry in Italy.  Experiencing humankind’s capacity for cruelty firsthand, it was during his military service that Wilmore felt the call to the ministry. Following the war Wilmore returned to Lincoln University, where he earned a Bachelor of Arts degree in 1947 and Bachelor of Divinity degree in 1950.

Ordained to the ministry in the Presbyterian Church (U.S.A), he was appointed Pastor of Second Presbyterian Church in Westchester, Pennsylvania.  During his tenure there Wilmore helped to integrate the city’s elementary schools. His son was the first black student to attend what had previously been a whites-only school.

Beyond his congregational ministry, administrative and activist roles, Wilmore’s career was primarily devoted to education: as a professor of Social Ethics at Pittsburgh Theological Seminary from 1959 to 1963 and at Boston (Massachusetts) University’s School of Theology from 1972 to 1974.  He was also a Professor of Black Church Studies from 1974 to 1983 at Colgate Rochester Divinity School.  Later, from 1987 to 1990, Wilmore taught Church History at the Interdenominational Theological Center in Atlanta, Georgia. From 1995 to 1998 Wilmore was an adjunct professor at the United Theological Seminary in Dayton, Ohio. Administratively, Wilmore served as Dean of New York Theological Seminary’s Divinity program.

After teaching for three years at the Interdenominational Theological Center, Wilmore became editor of the Journal of the ITC. He has also served as the editor of Afro-American Religious Studies: An Interdisciplinary Anthology.  The author of sixteen books, Wilmore was regarded as an influential theologian in the field of Black Theology, which is characterized by its pragmatism, activism, and emphasis on the liberation of the oppressed. His best-known book, Black Religion and Black Radicalism: an Interpretation of the Religious History of Afro-American People, appeared in 1972 and is considered a seminal work in the study of black religion and the catalyst for the post-1975 scholarly renaissance in that field.