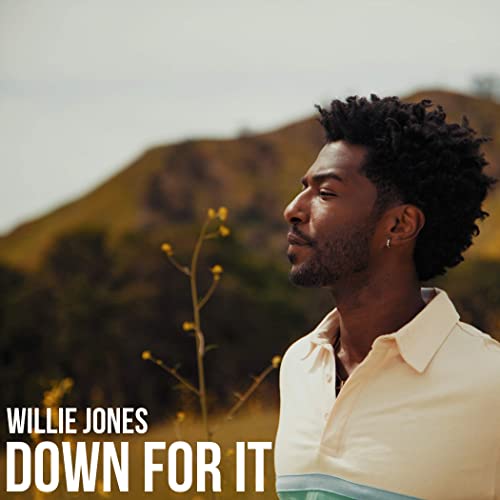 “Down For It” (The Penthouse / EMPIRE, 2019) single by Willie Jones
Fair use image

Country baritone singer, lyricist, actor, activist, freestyle rapper was born on September 23, 1994, in Shreveport, Louisiana, to Michael and Delores Jones. He creatively blends hip-hop and country music. During his childhood, Jones wrote verse and improvised music almost instantly.  He early on showed the agility, range, and vocal phrasing necessary for development as a professional musical performer.

Jones graduated from the Green Oaks Performing Arts Academy in Shreveport, Louisiana in 2012, where he participated in the school choir. However, after school, he studied and surrounded himself with country music. He also participated in Yazzy, a youth jazz and theater company.

In 2012, Jones was a contestant on season two of Fox’s reality singing competition series, The X Factor. In a melodious baritone voice with lots of resonance, he performed “Your Man” at the audition round in Greensboro, North Carolina. Also, during Fox’s Boot camp, 1 round, he sang “She Thinks My Tractor’s Sexy.” He was eventually eliminated from the competition. The following year, 2013, he went on the UneXpected Tour in Providence, Rhode Islands as the guest artist vocalist for Lyric 145. The L.O.F.F. Tape gained him his first national recognition. In 2016, he was cast in the premiere Netflix reality film, Cameron, which centers on Cameron Dallas, a “social media influencer.”

Jones released his first single recording, “Runs in Our Blood,” in May 2018. Later that year he released his debut album Right Now on The Penthouse/Empire label, amassing a cumulative stream count of 27.5M to date on Spotify.  His debut album featured the poignant patriotic single “American Dream.” He performed on the Tonight Show with Jimmy Fallon in 2021. Later in the year he signed a contract with Sony Music Nashville in partnership with The Penthouse.

Jones also produces a recurring video on the YouTube channel called “Story Time with Willie Jones.” His telling of true stories has generated an estimated audience of 57,000. He also has an interest in fashion design and plans to produce a clothing line in addition to performing.

Breaking into country music, a genre long associated with white men, Jones has become one of the fastest-rising stars in that genre.  His signature song, “American Dream,” written on the Fourth of July in 2020 is a tribute to Martin Luther King Jr’s attempt to address racial issues dividing the nation. Rare for country music, Jones writes lyrics of protest for racial equality and social change.