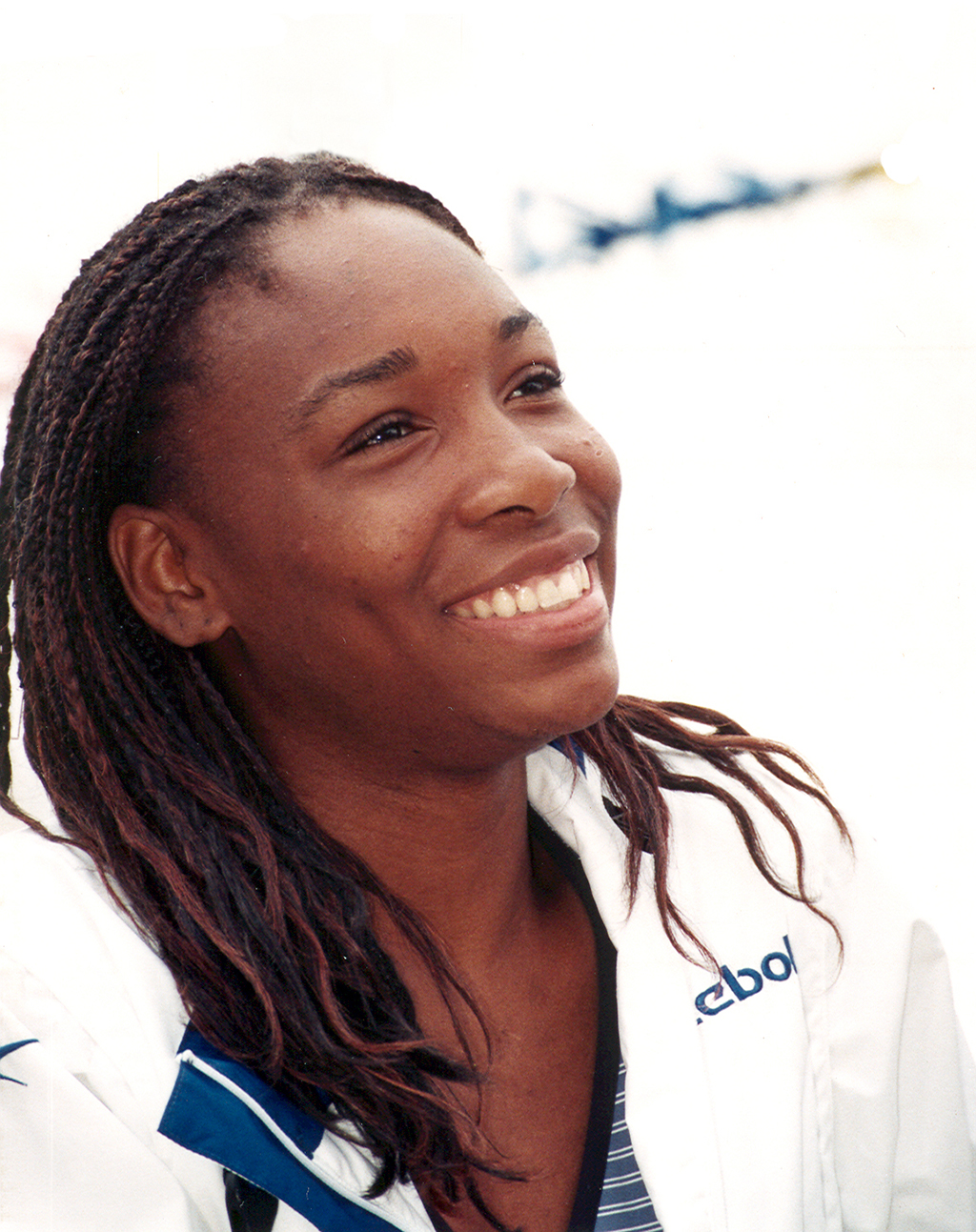 Venus Williams, the second youngest of five children and whose older siblings are from Price’s previous marriage, grew up in Compton, California where she began to play tennis at the age of five. After moving to West Palm Beach, Florida with her family, Williams joined professional ranks in 1994. A year later at the age of 15, the 6 ft. 1 in. child prodigy had already signed a multi-million dollar endorsement deal with Reebok which at the time was the largest contract ever awarded to a female athlete.

Williams’ breakthrough season came in 1997, highlighted by her sensational run at the U.S. Open final where she lost to world No. 1 Martina Hingis. By the end of 1998, with three Women’s Tennis Association (WTA) tour wins, including a Grand Slam Cup, Williams was ranked No.5 in the world. After winning six titles in Oklahoma City, Miami, New Haven, Hamburg, Rome, and Zurich in 1999, Williams went on a 35-match winning streak in 2000, despite missing four months on tour due to tendinitis in both wrists. Among her wins during that year was her first singles title at Wimbledon and the U.S. Open. She also had two wins at the Olympics in Sydney, Australia. On February 25, 2002, Williams became the first African American tennis professional, male or female, to be ranked No.1 in the world.

In 2003, multiple injuries began to plague Williams, and by the end of 2006, her ranking dropped to No. 48. Williams, however, had a sensational comeback season during 2007, highlighted by a win at Wimbledon along with WTA tour victories in Memphis and Seoul. Another win at Wimbledon highlighted her 2008 season, along with wins in Zurich and at the Olympic Summer Games in Beijing, China. Currently, Williams boasts a record of seven Grand Slam singles titles–five at Wimbledon, and forty-nine WTA tour singles victories. She is tied with Kathleen McKane Godfree for the most Olympic medals in tennis with five.

Williams’ notable achievements reach beyond the court as well. As an active member of the WTA Council, she is also the founding ambassador for the WTA-United Nations Education, Scientific and Cultural Organization (UNESCO) Gender Equality Program, which addresses worldwide gender issues. In 2007, Williams launched her own clothing line EleVen, which became the largest line created by a female athlete. Williams was also ranked in Forbes Magazine “Power 100 Fame and Fortune” list in 2002 and 2004, received the Excellence in Sports Performance Yearly Awards (ESPY), “Best Female Tennis Player of the Year” in 2001, 2002 and 2006, and won the ESPY “Best Female Athlete” award in 2002. She also received the President’s Award, together with her sister Serena, at the National Association for the Advancement of Colored People’s (NAACP) 34th Annual Image Awards in 2003.

Williams attributes her success and stability to a supportive family and a strong religious belief as a Jehovah’s Witness. She currently resides in Palm Beach Gardens, Florida.