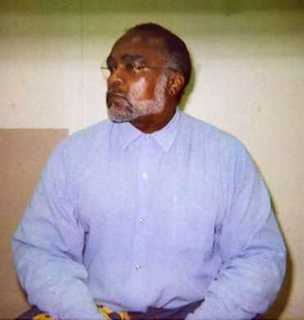 Best known as the co-founder of the Crips, the largest street gang in the United States, Stanley Tookie Williams lived in a life of crime and violence. He was born on December 29, 1953, in New Orleans, Louisiana to a mother who was seventeen years old at the time of his birth. His father, Stanley Williams, Jr., abandoned the family following his birth.

Williams and his mother moved to Los Angeles, California in 1959.  Bored at home, Williams wandered the streets and through fighting, made a name for himself. He did not attend school and instead engaged in petty theft and occasional robbery.  Eventually meeting Raymond Washington who had a similar lifestyle, the teenagers started a group that would act as a neighborhood watch and protect their families and homes. By 1969 that group evolved into the Crips with fifteen-year-old Williams and Washington leading it.

The Crips membership grew exponentially over the years.  By 1978 there were 45 Crip gangs numbering 20,000 members in Los Angeles County alone.  No longer simply fighting for “turf,” they controlled the production and distribution of PCP, marijuana, and amphetamines. By 1999 the Crips had expanded far beyond California to the Pacific Northwest, the Midwest, and the East Coast, with an estimated 50,000 members.  Although Williams and Washington were the founders of the Crips, they had only nominal control over the criminal activities of the various “sets” as individual Crip gangs were called.  The Crips fought rival gangs such as the Bloods, but Crip sets just as often fought each other.

In 1979, Washington was killed, and Williams’ life of crime quickly spun out of control. While on drugs, Williams and other Crips orchestrated a robbery at a Los Angeles convenience store that turned deadly when Williams executed the store clerk.  Later in the year, Williams broke into a motel and killed the owner, his wife, and their daughter. He was arrested and in 1981 tried, convicted, and sentenced to die by lethal injection.

Soon after arriving in prison, Williams initiated assaults and was given solitary confinement for six years.  Williams claimed this experience changed him.  He found religion and said he repented for his sins in the eyes of God. Meanwhile, Williams and his attorneys submitted multiple appeals to avoid the death sentence.

By the 1990s, having realized the harm that the Crips had inflicted, particularly on African American communities, Williams penned an apology letter, spoke out against gang violence, and wrote children’s books on the subject to influence young readers to avoid gangs. He also wrote an autobiography and an exposé on life in prison.  When asked what he most regretted in his life, Williams simply stated “Creating the Crips.”

His changed ways and outreach to dismantle the gang community lifestyle caught worldwide attention. In 2001, a member of the Swiss Parliament nominated Williams for the Nobel Peace Prize for his efforts. In 2004, Williams created a Protocol For Peace that stopped the violence between the Crips and Bloods.

In 2005, Arnold Schwarzenegger, then Governor of California, denied clemency for Williams. Schwarzenegger said Williams’ claims that he had changed contradicted his argument that he was innocent of his crimes.  Schwarzenegger denied Williams’ petition and he was executed by lethal injection on December 13, 2005 at the San Quentin State Prison in California.

Williams wed his wife Bonnie in 1981. Together, the couple had three children, including Stanley “Little Tookie” Williams IV. Williams was also involved with the Crips and led a life of crime; he was eventually sentenced to sixteen years in prison for second-degree murder.