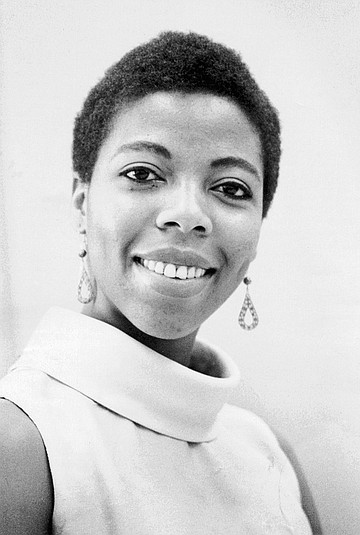 Sherley Anne Williams, American novelist, poet, and scholar, was born in Bakersfield, California in 1944 to Jesse Winson and Lena Silver Williams. She was raised in poverty in a housing project in Fresno. Williams’ mother, who discouraged Sherley from reading because she thought books would fill her head with false hope for the future, died when Williams was sixteen years old. Williams was placed in the custody of her sister, Ruby, who was a single mother, struggling to get by on her own. Sherley and Ruby managed to provide for themselves, eking by on income earned from odd jobs such as picking cotton, working seasonally in department stores, and cutting grapes.

Williams’ writing highlighted the importance of folklore and history in shaping black identity. While she started writing in 1967, the 1972 publication of Give Birth to Brightness: A Thematic Study in Neo-Black Literature was the first piece that brought her national attention.  Give Birth advanced her theory that said black folklore should be examined as a force shaping African American identity.

Her 1975 book, The Peacock Poems, examined that theory by focusing on the history of her parents and their use of black dialect and musical forms such as spirituals and the blues.  The Peacock Poems was critically acclaimed and received a National Book Award nomination in poetry and was nominated for a Pulitzer Prize.

Williams also wrote a play entitled Letters from a New England Negro (1992), and two children’s books, Working Cotton (1992) and Girls Together (1999).  Working Cotton received a Coretta Scott King Book Award and was also named a Caldecott Honor Book by the American Library Association in 1993. Williams also wrote for television, including the programs, Ours to Make (1973), and The Sherley Williams Special (1977). She was also selected to write the introduction for Zora Neale Hurston’s 1991 edition of Their Eyes Were Watching God. Williams died of cancer on July 9, 1999 in San Diego.  She was 55.