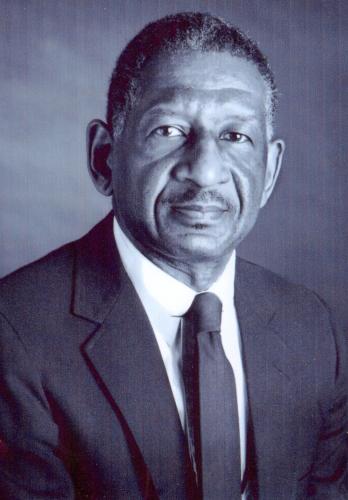 Nudie Williams was among the first historians to research the free-born antebellum population of African Americans in Oklahoma and Arkansas. He was also one of the first three African Americans admitted to graduate studies in the History Department at Oklahoma State University and the third to earn a Ph.D there (1978). Williams was also the first black member of the history department at the University of Arkansas, Fayetteville, where he remained for 27 years. While there, he researched and wrote about the black press in Oklahoma and Arkansas, black law enforcement officers in Indian Territory, and the westward movement of African Americans in the late 19th and early 20th centuries. Williams was also tireless in his efforts to promote the emerging field of public history.

Born to Samuel E. Williams and Lula Bell Sample Williams in Fairfield, Alabama on October 16, 1936 Williams graduated from Clark College in Atlanta, Georgia in 1959. He then served eight years in the Air Force, including time in Oklahoma where he developed an interest in the state’s history.

Williams was hired in 1976 by the University Of Arkansas Department of History, integrating the department. Soon after his arrival he launched the African American Studies program and became its chair. His scholarship was recognized by his publications in journals such as Chronicles of Oklahoma, Red River Valley Historical Review, Kansas History, and the Negro History Bulletin). Williams’ role as a scholar was recognized and rewarded far beyond campus. During his career at Arkansas, Williams was a Fulbright Fellow to West Africa (1984), and a Ford Foundation Fellow in Southern Studies at the University of Mississippi (1988-89).

Williams’s long service as chair of Sidney Moncrief Scholarship Committee helped increase the numbers of black students and other students of color who entered the University of Arkansas.

Williams served on the state review board for the Arkansas Historic Preservation Program. He helped develop the Arkansas Black History Commission (1986-87) and served on its first board when it was created by the legislature in 1991. In 1997, as the president of the Commission, he helped convince the Arkansas State Legislature to mandate the inclusion of African American history in all public school curricula.