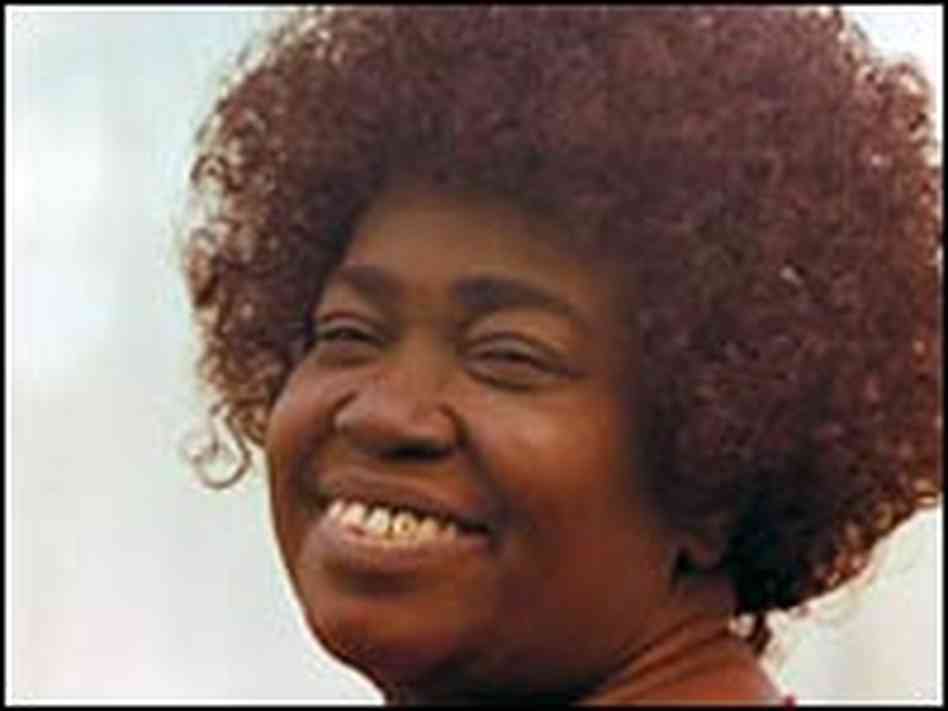 Marion Williams, an American gospel singer, was born in Miami, Florida on August 29, 1927.  Her father, originally from Nassau, Bahamas, worked as a butcher, a barber, and a music teacher while her mother, born in South Carolina, worked as a laundress.  One of 11 siblings, she was one of only three who survived past the first year.  She grew up attending two adjacent Pentecostal churches, the Church of God and the Church of God in Christ.  Her father died when she was nine.  By the age of 14, she had left school to help support the family by working as a maid, a child nurse, and a laundress, becoming the family’s chief supporter after her mother lost both legs to diabetes.  She sang at church, tent revivals, and on street corners. In 1943, she joined the Melrose Gospel Singers, a 10-member group that accompanied Rev. Jerry Pratt in churches throughout Florida.

In 1945, while Williams visited her sister Rebecca in Philadelphia, Pennsylvania, she attended a Clara Ward Singers Concert at the Ward African Methodist Episcopal Church.  There Williams met and was invited to join the Ward Singers, but since she was only 16, her mother refused.  She ultimately joined them and performed with them from 1947 to 1958.  In 1958, she formed her own group, the Stars of Faith, with fellow former Ward singers Frances Steadman, Kitty Parham and Henrietta Waddy.

In 1961, Williams was featured in Langston Hughes’s play Black Nativity, the first gospel production to be featured on Broadway.  The play was designed to feature Williams and the Stars of Faith. The show toured both the United States and Europe for the next four years.  The show came to the Two Worlds Festival in Italy.  When the show came to London, UK, the Prime Minister attended.  At a show in Liverpool, the Beatles attended. They also performed in France, Austria, Denmark, Holland, and Belgium.  They performed in Boston, Massachusetts the day President Kennedy was assassinated.

She left the Stars of Faith in 1965. Thereafter, she worked as a solo artist performing in North America, Europe, Africa and the Caribbean.  She performed at college campuses such as Yale and Harvard.  During the late 1960s, she performed at the Antibes Jazz Festival in France and the Dakar Festival of Negro Arts.  Along with Willie Mae Thornton, Williams was one of two women to be featured in John Hammond’s concert From Spirituals to Swing at Carnegie Hall in 1967.  She won an International Television Award.  Her 1976 album Prayer Changes Things gained a Grand Prix du Disque in France.  During her career, she also served as a musical ambassador for the US State Department.

She appeared in Bill Moyers’s PBS special Amazing Grace (1991), the film Fried Green Tomatoes (1992), and Wynton Marsalis’s production In This House, On This Morning (1993).  During 1993, she became the first singer and gospel artist to receive a MacArthur Foundation grant and was awarded the Kennedy Center Honors.  She died of renal failure on July 2, 1994 in Philadelphia.  She is survived by her son Robin, her brother Isaac, and three grandchildren.