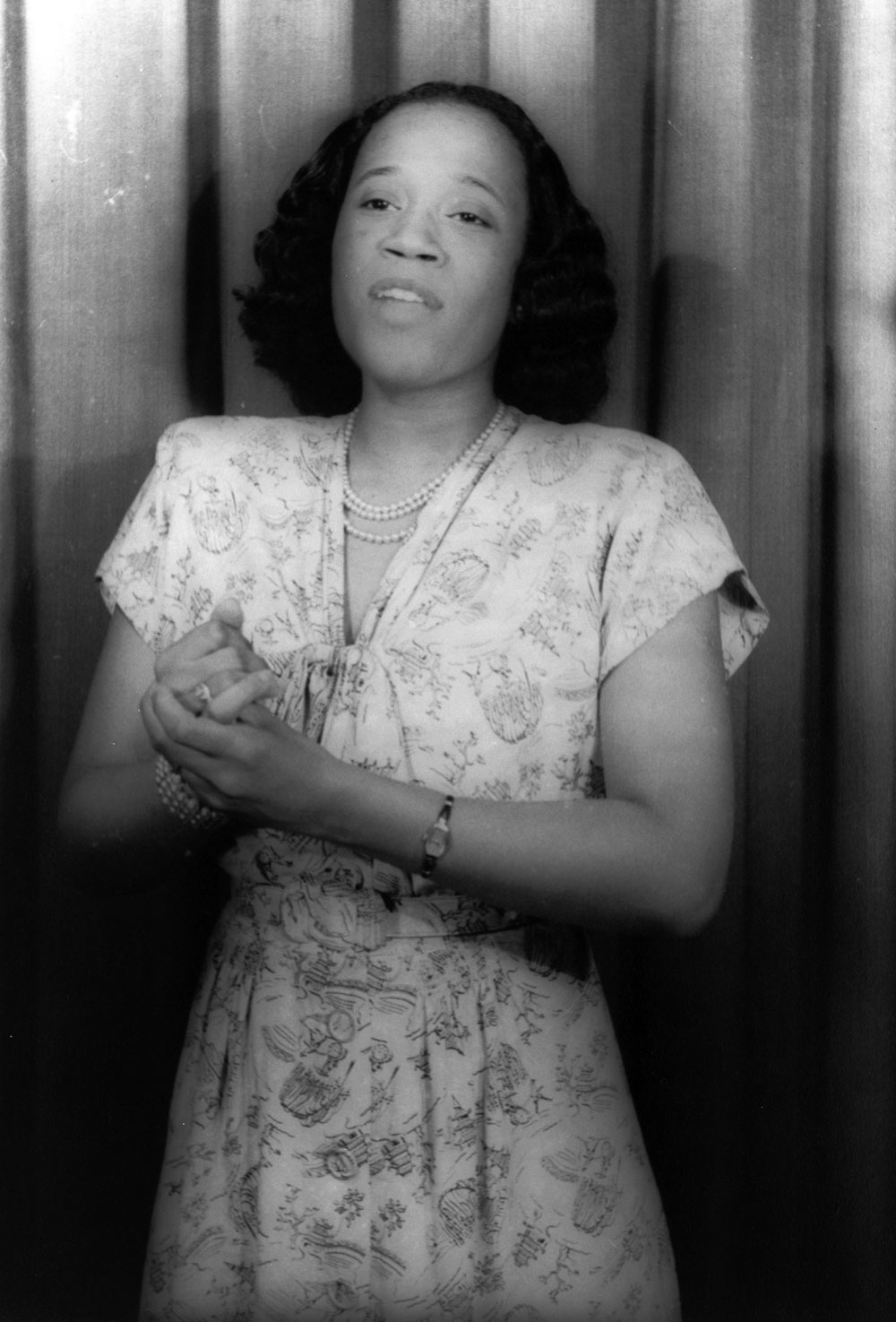 Operatic soprano Camilla Williams was born October 18, 1919, in Danville, Virginia to Fannie Carey Williams and Cornelius Booker Williams. The youngest of four siblings, Williams began singing at a young age and was performing at her local church by age eight. At age 12, she began taking lessons from a Welsh singing teacher, Raymond Aubrey, but because of Jim Crow laws the lessons had to be conducted in private in Aubrey’s home.

After high school, Williams attended Virginia State College for Negroes, now Virginia State University, in Petersburg, Virginia. She graduated in 1941 with a bachelor’s degree in music education. After graduation, Williams taught 3rd grade and music at a black public school in Danville. In 1943, fellow Virginia State College alumni paid for the gifted singer to move to Philadelphia, Pennsylvania and study under influential voice coach Marion Szekely-Freschl. Williams began touring in 1944 and during one concert in Stamford, Connecticut she met Geraldine Farrar, a respected soprano opera singer and the original star of the New York Metropolitan Opera’s Madame Butterfly. Farrar was so impressed with Williams’s voice that she soon took her under her wing and became her mentor. Farrar even helped Williams to sign a recording contract with RCA Victor and to break into the highest levels of American opera.

In 1946, Williams had her first major role when she played Cio-Cio-San in Puccini’s Madame Butterfly at City Opera in New York. While at City Opera, Williams also played the roles of Nedda in Leoncavallo’s Pagliacci, Mimi in Puccini’s La bohème, and the title character in Verdi’s Aida.  Throughout her long career she performed with the Boston Lyric Opera in Massachusetts, the New York Philharmonic, and became the first African American to sing a leading role at the Vienna State Opera in Austria. Although she had a successful career, due to the color of her skin, Williams was often cast to play “exotic” characters and was sometimes forbidden to play leading roles that had been originally written for a “European.”  In 1951, the singer won the role of Bess in the first complete recording of George Gershwin’s opera Porgy and Bess.

In 1950, Camilla Williams married New York City civil rights attorney Charles T. Beavers, who worked closely with key activist figures like Malcolm X.  She was also involved with the Civil Rights Movement. In 1963, she sang the Star Spangled Banner at the White House and then again at the Lincoln Memorial during the March on Washington. Her rendition of the national anthem was the prelude to Dr. Martin Luther King Jr.’s I Have a Dream speech.

In 1977, Williams became the first African American professor appointed to the Indiana University’s Jacobs School of Music. She continued to teach at Indiana until her retirement in 1997. Camilla Williams passed away on January 29, 2012 at her home in Bloomington, Indiana.