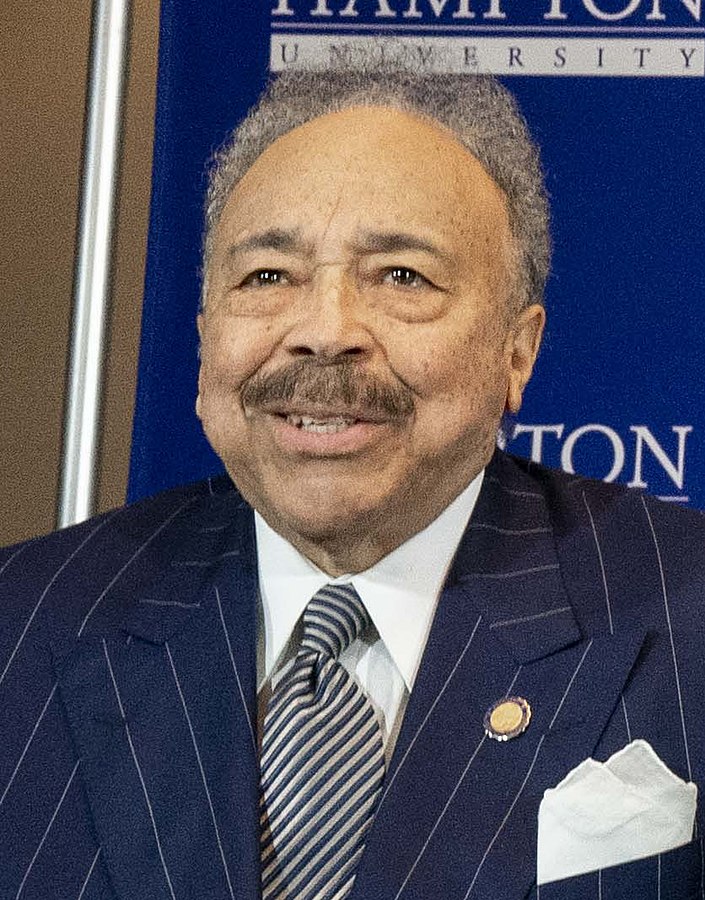 William Robert Harvey is an educator, businessman, academic administrator, and the longest-serving tenured HBCU president in history, as the 12th president of Hampton University. Harvey was born on January 29, 1941 in Brewton, Alabama, to Mamie Claudis and Willie D. C. Harvey. He graduated from Southern Normal High School (now owned by Alabama State University) and received his BA in History from Talladega College in 1961. After graduation from Talladega, Harvey served three years in the U.S. Army (1962-1965) and fought during the Vietnam War. He obtained his MA in American History with a concentration in Educational Administration from Virginia State University in 1966 and obtained a Woodrow Wilson Foundation Martin Luther King Fellowship from Harvard University, leading to his Ph.D. in College Education in 1972.

In July 1978, Dr. Harvey became the President of Hampton University, and has served in this position for forty-two years, the longest tenure of a sitting president of a college or university in the country. Throughout his distinguished career, Dr. Harvey has made countless contributions to the university. In his first year, he eliminated the university’s massive debt and built up a surplus. He increased student enrollment from 2,700 students to over 6,300 and expanded the curriculum to 92 academic programs. He was the first African American to head the annual Virginia Peninsula United Way campaign, raising over $6.6 million dollars in 1994. He is also responsible for procuring grant monies for the Hampton Harbor project, a 60,000 ft. building that consists of 246 two-bedroom apartments and business and commercial rental space, that brings in over $1 million a year to Hampton University. He also presided over the construction of 29 new buildings on campus.

Dr. Harvey and his wife Norma purchased the Pepsi-Cola Bottling Company franchise in Houghton, Michigan in 1986, and continue to operate as Chairman and President with 100% ownership. He has received numerous awards and three honorary degrees. He joined the Army Reserves after discharge, and obtained the rank of Lieutenant Colonel in 1981, before being discharged into inactive status. Dr. Harvey is a member of Sigma Pi Phi Fraternity.

In 2014, Dr. Harvey donated $1.3 million dollars to his former alma mater Talladega College for the establishment of an art museum. The Dr. William R. Harvey Museum of Art opened on February 3, 2020, with 9,730 square feet of exhibit space, and includes the Amistad Mutiny murals by Hale Woodruff. The Harveys have three children, four grandchildren, and reside in Hampton, Virginia.