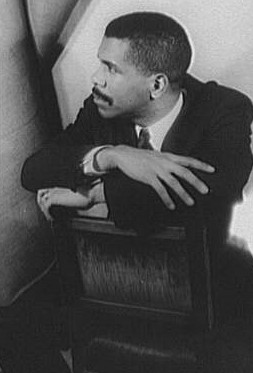 William Melvin Kelley is a renowned African American author known for his experimental style and exploration of African American cultural identity.  Born on November 1, 1937 in the Bronx, New York, to Narcissa Agatha Kelley and William Kelley, an editor, he attended the elite Fieldston School and was accepted to Harvard University in 1957.  It was at Harvard, studying under novelist John Hawkes and poet Archibald MacLeish, that Kelley published his first short story.

Kelley’s professional career blossomed in the 1960s and his writing appeared in a host of periodicals such as the Saturday Evening Post, Mademoiselle, Negro Digest, and Esquire. The author’s principal works were also published during this prolific decade, including a collection of short stories, Dancers on the Shore (1964), and the novels A Different Drummer (1962), A Drop of Patience (1965), d?m (1967), and Dunfords Travels Everywheres (1970).

Critics have noted the influence of James Joyce and William Faulkner on Kelley’s style.  Distinctive elements of Faulkner, for example, can be seen in the interrelated cast of characters which appear in Kelley’s novels, as well as his use of a fictional Southern state for the setting of his texts.  The author’s application of language on the other hand has drawn comparisons to Joyce’s Finnegan’s Wake.

Kelley’s prose frequently employs postmodern literary tropes in its scrutinizing examination of American society and his exploration of African American cultural identity.  Humor is nonetheless prominent as Kelley highlights the glaring irrationalities of American racial attitudes.  The progression of his work deliberately parallels transitions in the civil rights movement and Kelley’s own political evolution.  Whereas A Different Drummer evokes themes of nonviolent integration, his later work expresses the more militant ideological tenor of separatism and Black Nationalism.  This has led many critics to contend that Kelley’s writing mirrors the African American experience of the sixties.

Kelley received numerous awards during the course of his career, including Harvard’s Dana Reed Literary Prize (1960).  In addition, Kelley was granted the Rosenthal Foundation Award and the John Hay Whitney Foundation Award (1963) for A Different Drummer.  His short story collection, Dancers on the Shore, won the Transatlantic Review Award (1964) and his last novel received honors from the Black Academy of Arts and Letters.  As a culmination he was the recipient of the Anisfield-Wolf Book Award for Lifetime Achievement in 2008.

Kelley experienced corresponding academic success and was presented fellowships to the New York Writer’s Conference and the Bread Loaf Writer’s Conference.  In 1965, he began teaching at the New School for Social Research at the State University of New York at Geneseo.  Two years later he traveled to France as a lecturer in American literature at the Nanterre University in Paris.  He eventually settled in New York where he still teaches at Sarah Lawrence College.