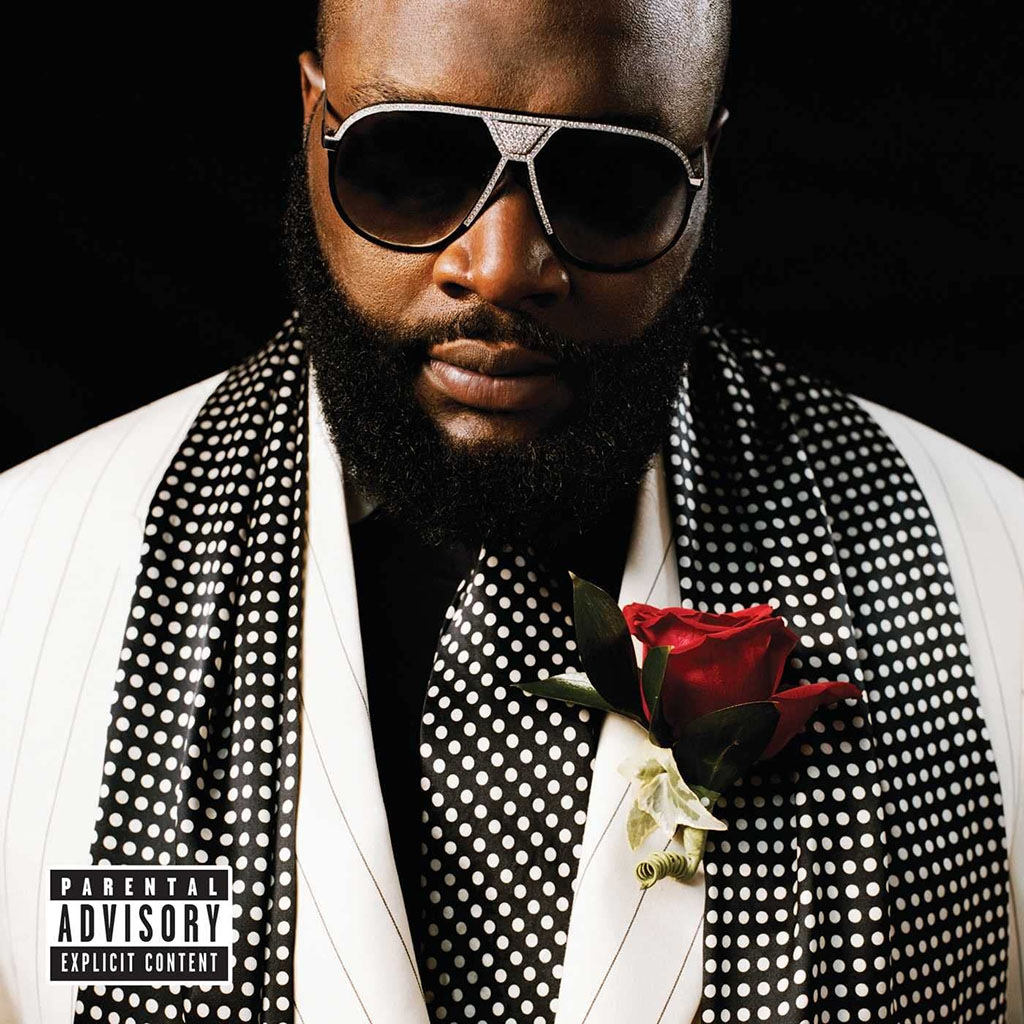 William Leonard Roberts II, also known as Rick Ross, is a rapper, songwriter, and entrepreneur. Roberts was born on January 28, 1976, to William Leonard Roberts Sr. and Tommie Roberts in Clarksdale, Mississippi but the family relocated to Miami, Florida, when Ross was young. He attended Miami Carol City Senior High School graduating in 1994. He then attended Albany State University in Albany, Georgia, on a football scholarship before dropping out of college and taking a job in the local construction industry.

In 2000, Roberts’s music career began when he signed with Suave House Records and adopted the rap name, Teflon Don. He made an appearance on Eric Sermon’s 2000 rap album, Def Squad Presents Erick Onasis. Roberts later signed with Slip N Slide Records. In 2006, Roberts released his debut album, Port of Miami that feature hit songs like “Hustlin” and “Push It.” The album was certified platinum, selling over million units. In 2008, Roberts released his second album, Trilla, featuring the singles “Speedin,” “The Boss,” and “Here I Am.” The album would be certified gold, selling over 500,000 units.  In 2009, he released his third album, Deeper Than Rap that features the singles “Mafia Music,” “Magnificent,” “All I Really Want,” and “Maybach Music 2.” That album was also certified.

Despite his music success, Roberts was involved in several controversies, including rap feuds with Curtis “50 Cent” Jackson. Adding to the controversy, Roberts had legal issues, including a lawsuit from former drug kingpin Ricky “Freeway Rick” Ross, who accused him of stealing his name. He also has a history of health problems that included seizures. On January 27, 2013, Roberts and his girlfriend were targets of a drive-by shooting on his 37th birthday in Fort Lauderdale, Florida. They escaped uninjured. On March 2, 2018, Roberts suffered a heart attack after being found unresponsive at home in Miami, Florida. He was on life support for 48 hours but recovered.

Despite the controversies, Roberts remains in the entertainment business as of 2021. Ross has four children including Toie Roberts, William Roberts III, Berkeley Hermes Roberts, and Billon Leonard Roberts. He was one time engaged to Lira “Galore” Mercer.